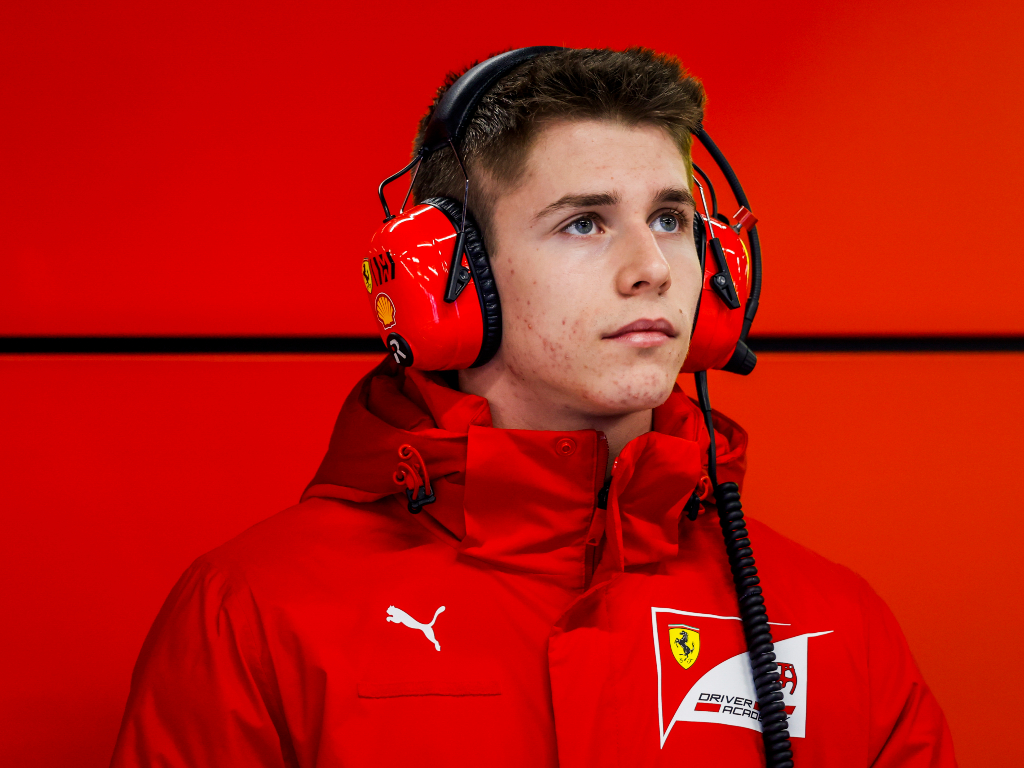 Driving for PREMA Racing, Arthur Leclerc ended his first day of Formula 3 testing in P7, ahead of David Schumacher.

It was announced last week that the team was to hand him F3 debut at the first post-season tests in Barcelona, with the Monegasque sharing testing duties with category regulars Schumacher, Dennis Hauger and Roman Stanek.

“I’m delighted to take part in the FIA F3 test in Barcelona with Prema,” Leclerc told PREMA’s official website at the time.

“The team did an incredible job this year. It will be a new car and a new track to discover for me, so the ability to adapt will be important over the two days.

“Thank you to Prema and the Ferrari Driver Academy for this opportunity.”

It was confirmed then that he would be driving the car on both testings days, and he made it through the first one without any issues.

In the morning session, he finished in P14, a second slower than leader Matteo Nannini and behind the other PREMAs of Hauger and Schumacher.

The afternoon session was much better for him as he seemed to find his feet. After completing a total of 41 laps, he ended it in P7, with his best lap being just over a tenth quicker than Schumacher’s.

“This morning was quite difficult,” he said at the end of the day.

The car is new, and the track is new as well, so there were a lot of things to discover. The management of the tyres is the key so we will continue to work on that.”

“There is a lot of aero and you can bring a lot more speed into the entry of corners,” he added.

“It is really, really important to warm up the tyres in order to have a proper push lap, so there is a lot more work to do. This afternoon, we will do a race run, which will be quite interesting to see.”

Away from F3, Leclerc is impressing, with a triple-win at Mugello at the weekend moving him to the top of the Formula Regional European Championship standings.