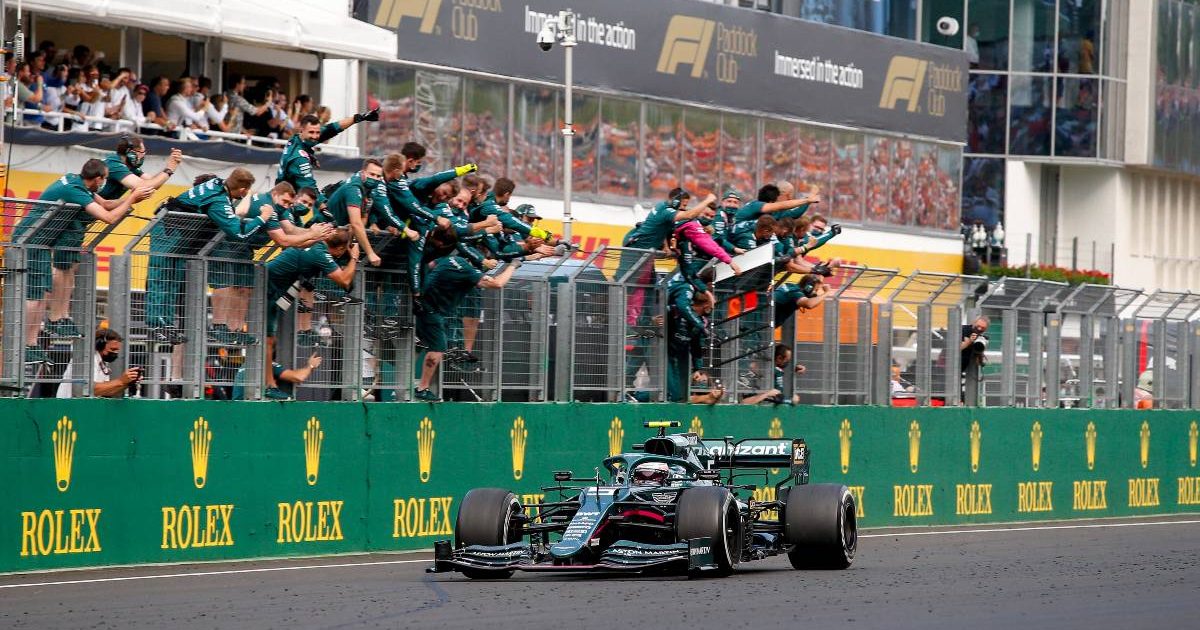 Aston Martin are proud of their recovery effort in the first half of 2021, citing improvement throughout the “visible” part of their challenger.

The Racing Point legacy hurt Aston Martin in their grand return to Formula 1, with the new regulations meaning their Mercedes-inspired car philosophy went from a masterstroke to a nightmare.

With low-rake cars suffering the most from changes to the floor design, Aston Martin were forced to claw their way back up the pecking order.

It has not been easy, but heading into the summer break Aston Martin find themselves firmly in the hunt for P5 in the Constructors’ Championship.

Currently they sit P7, although the standings would have made for prettier reading without Sebastian Vettel’s disqualification from P2 in Hungary.

But after tireless work on the AMR21, Aston Martin signed off for the summer delighted with their progress.

“It’s a well-known fact that we started the season on the back foot, as a result of regulatory changes that had affected the aero performance of low-rake cars more adversely than high-rake cars. Our car is a low-rake car,” Aston Martin’s performance director, Tom McCullough, told the team’s website.

“Mercedes’ low-rake car was similarly disadvantaged. But because it had been the class of the field in 2020, it fell back fewer places than our car did as we had been competing at the front of a very competitive midfield last year.

“At the beginning of this year, we therefore slipped towards the back of that very competitive midfield. But as I say, that was the result of the regulatory changes.

“Since then, though, I want to acknowledge the tremendous amount of very hard work that has been done by our colleagues in aero, design and manufacturing, who have tirelessly clawed back that performance deficit, inventing and making aero updates.

“It was and is a more or less never-ending process of iterative development and, as a result, there is almost no externally visible part of our car that has not been improved in some way between Bahrain and Silverstone.

“Or, to put it another way, if a part of our car is licked by the wind, we have probably updated it at some point over the past four months.

“It’s working. We know our car is still not the fastest, but it’s now closer in performance to the cars of our principal rivals than it was at the beginning of the season, and that’s the result of a carefully managed programme of aero improvement that has necessarily involved trial and error but has also delivered real results.”

However, once Aston Martin get back to work after the summer break, it will not be to further develop the AMR21. Instead, focus is now set to shift on to the new challenger for 2022.

“It has been a very impressive body of work and I salute my colleagues for it. However, like almost all of the teams, after the summer shutdown we will transfer that effort and resource to the task of making our 2022 car as competitive as possible,” McCullough confirmed.