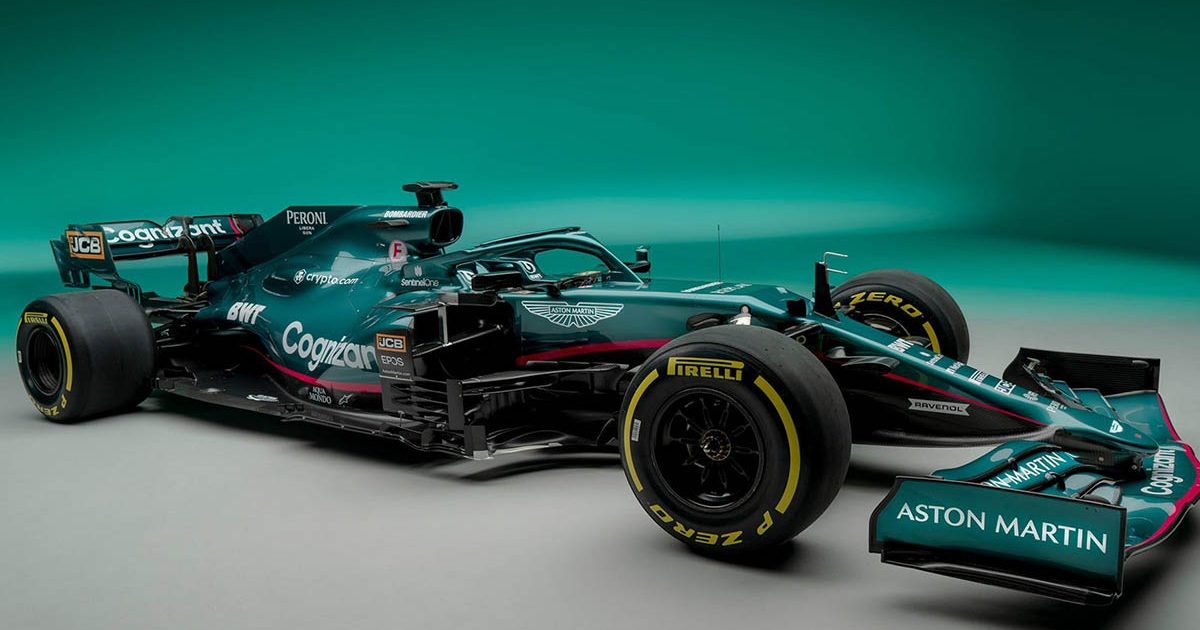 A splash of British racing green has been added to the Formula 1 grid for 2021 with Aston Martin unveiling a striking AMR21 livery on Wednesday.

Aston Martin, whilst most recently a title sponsor of Red Bull, are back in Formula 1 as a fully fledged racing outfit for the first time in 61 years with owner Lawrence Stroll now completing the team’s transition from Racing Point and ready to embark on a bold new era.

Lawrence’s son, Lance Stroll, will be part of the new adventure, but looking to guide the Mercedes-powered team with his World Championship-winning experience is four-time title winner Sebastian Vettel, who left Ferrari after six seasons following the conclusion of the 2021 campaign.

British racing green is back on the #F1 grid! 🇬🇧

The team formerly known as Racing Point caused quite the stir in the paddock ahead of the 2020 season, unveiling a car which quickly became dubbed as the ‘pink Mercedes’ due to its striking resemblance to the 2019 title-winning Mercedes W10.

Racing Point, following a fierce battle with their competitors and forcing a wider conversation into what can and cannot be copied from other Formula 1 teams, were ultimately fined and deducted 15 points for the illegal use of Mercedes-inspired rear brake ducts.

However, Racing Point were crucially cleared to use the Mercedes-inspired components for the rest of the 2021 campaign and, with the new regulations delayed until 2022, now have a bonus season to use that same philosophy which has seen the team fight at the sharp end of a very competitive midfield.

Aston Martin are also further boosted by the fact that they have not had to spend any of their two available development tokens for 2021 on implementing Mercedes’ 2020 rear suspension as they can upgrade any non-listed parts, as per the FIA regulations, to 2020 specifications without spending tokens.

Instead, the tokens on the car which will no doubt become known as the ‘green Mercedes’ have been spent on a new monocoque design via a modified survival cell.

British actress Gemma Arterton hosted the official Aston Martin launch show and other big names such as NFL superstar Tom Brady and Mr James Bond himself, Daniel Craig, popped by with video messages to show their support for the newly reintroduced team.

Aston Martin owner, Lawrence Stroll, addressed the viewing audience alongside the new car and said it was a “dream come true” to bring the Aston Martin name back to Formula 1.

“I’ve dreamed about this day for a very long time. I’ve always been a car guy and I’ve always loved racing, too,” Stroll said.

“My first dream was to own a Formula One team. My second dream was to acquire a significant shareholding in Aston Martin Lagonda. Today is about the merging of those two dreams.

“So, as I say, today is all about dreams, and it shows that dreams really can come true, in the shape of our new AMR21.

“Aston Martin returning to Formula One after an absence of 61 years will have a powerful effect on the sport, the media and the fans, commanding global attention.

“This is just the beginning. The team is pushing forward, and our ambitions are limitless. We now have the pieces in place, the people and the partners, to make real progress.

“The launch of the new AMR21 is also the celebration of a new beginning for Aston Martin.

“Today’s transformational event has given us the opportunity to communicate the evolution of the iconic Aston Martin Wings logo for only the 12th time in the company’s 108-year history.

“The Aston Martin Cognizant Formula One™ car is our group’s highest expression of performance, innovation, engineering quality, attention to detail, and teamwork. For that reason, it’s natural that our new logo should make its debut on our new Formula One™ car.”