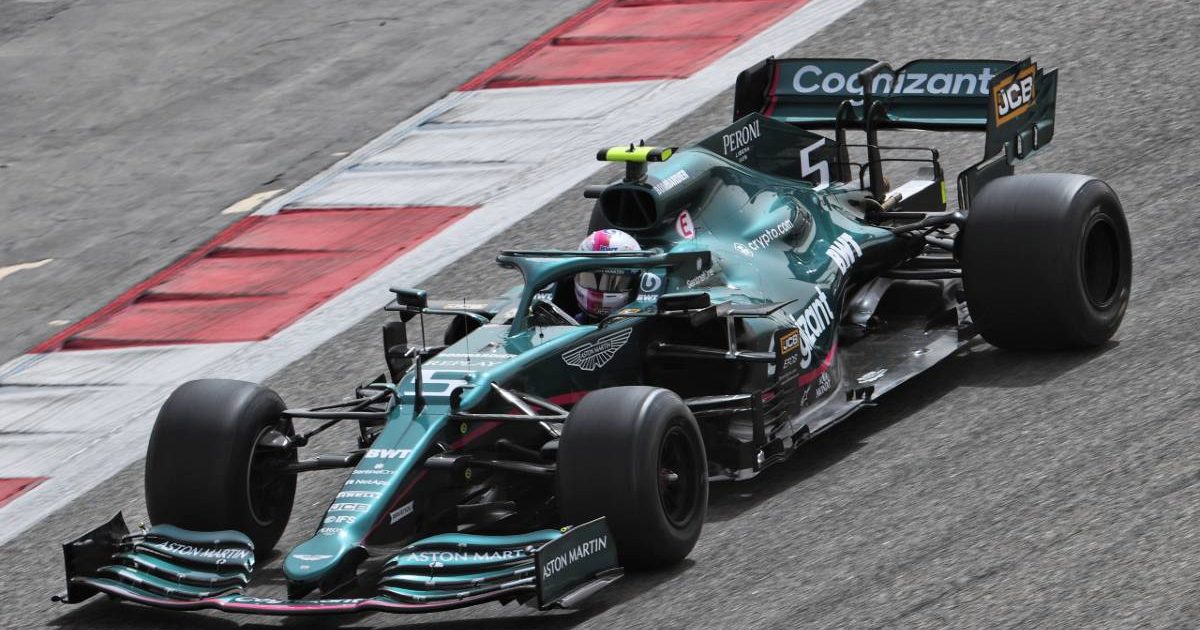 After Mercedes’ gearbox problems on the opening day of pre-season testing, it was Aston Martin’s turn to be hit by similar issues on Saturday morning.

The World Champions had stumbled out of the blocks in Bahrain as Valtteri Bottas managed only six laps in the first session and 24 hours later, Sebastian Vettel had completed exactly the same number when the second morning’s action was red-flagged.

The reason for that stoppage was a spin by Lewis Hamilton which ended with the Mercedes beached in the gravel and the seven-time World Champion having to be taxied back to the pits.

At least Hamilton had completed plenty of running by the time of his ‘off’, but that was not the case for Aston Martin – who tweeted that “Sebastian’s car is currently in the garage due to an issue related to the gearbox”.

The team added: “We’ve had limited running so far but we’re working to get him back out soon.”

On Friday, Vettel had completed 51 laps, a total that put him around the middle of the 17 drivers who got track action. But his best time, on the Prototype tyre, was over three seconds down on fastest man Max Verstappen and 1.9sec off his own team-mate, Lance Stroll, who drove five fewer laps.

UPDATE: Sebastian’s car is currently in the garage due to an issue related to the gearbox. We've had limited running so far but we're working to get him back out soon. 🤜🤛 #F1Testing pic.twitter.com/cXvldwX3PW

It is, of course, extremely early days, but not the ideal start for the four-time former World Champion who has joined Aston Martin this year from Ferrari.

And it will also be another concern for Mercedes, given their close technical affiliation with Aston Martin.

“It is what Aston Martin are describing as a gearbox related problem,” Sky Sports’ Ted Kravitz reported.

“That does start to sound like gearshift issue that Mercedes had.

“They were coy, I would say, on whether they would have to change the gearbox.

“Vettel has been back in the garage so he could be back out again soon – it was three hours that Mercedes had to change Valtteri Bottas’ gearbox yesterday.

“They may well have changed the gearbox. I’m sure we’ll get confirmation later.”

Vettel was able to re-emerge from the garage shortly before the lunch, adding three laps to his total for the day to 9.

Although Vettel’s opening day with the team transformed from Racing Point had been far from perfect, he still looked upon it positively.

“It was good fun to be back in the car, to be honest, it’s fun to work with the team,” said the German.

“There’s still a lot of things I need to learn and catch up on, but for now I didn’t pay great attention to the lap times. It was more just on feeling and running through to try and get a proper read of the car, a lot of data we tried to extract.

“Maybe a bit boring at this stage, but it was fun to be in the car, fun to slide around. I enjoyed it and there’s more to come in the next days.”