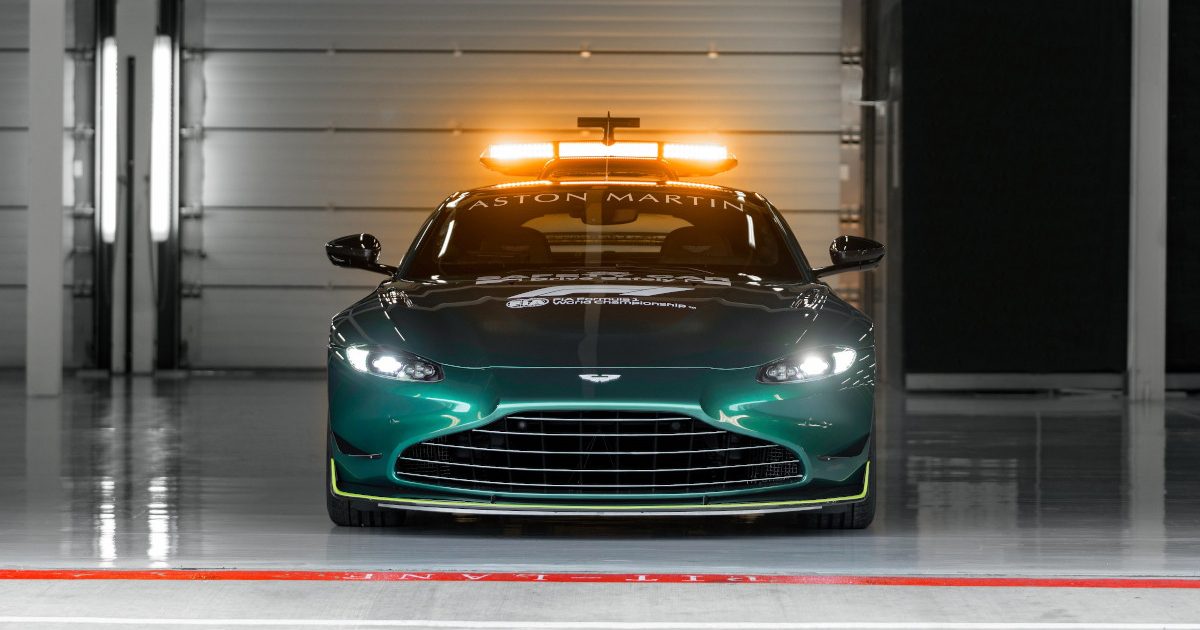 As Formula 1’s launch season near its conclusion, Aston Martin has unveiled its 2021 Formula 1 Safety and Medical cars.

This season, Aston Martin is joining Mercedes in providing Formula 1 with the high-speed vehicles used for both the Safety and Medical cars.

Aston Martin will run a specially-equipped version of their Vantage as the Safety Car, while the Aston Martin DBX will be used as the Medical Car.

Both cars will feature the same livery as the Aston Martin F1 team, which is back on the grid this season after 60 years out of the sport.

Stefano Domenicali, F1 chief, said: “We are very pleased to announce our new partnership with both Aston Martin and Mercedes-AMG to provide the Official Safety and Medical Cars to the FIA Formula 1 World Championship.

“Aston Martin and Mercedes-AMG are iconic automotive brands, and we are proud of their place in our incredible sport. The safety and medical cars are a hugely important part of Formula 1 and are always there to keep our drivers safe. Last season, we witnessed the heroic speed and dedication required by the crews in rescuing Romain Grosjean from his dramatic accident and both the Aston Martin and Mercedes-AMG cars are perfectly equipped to respond at a moment’s notice to ensure the safety of the drivers.”

Germany’s Bernd Maylander will remain behind the wheel of the FIA Safety Car, while South African Alan van der Merwe will continue his role driving the FIA Medical Car.

F1 race director Michael Masi added: “We are delighted to welcome Aston Martin as a supplier of FIA Formula 1 Safety and Medical Cars, sharing the role together with our long-standing partners at Mercedes-AMG who have been with us since 1996.

“The Safety and Medical Cars are an essential part of running a safe and successful FIA Formula 1 World Championship event – from track tests and inspections to race interventions and neutralisations, they are a vital tool for myself as Race Director and my team to utilise in order to keep everyone safe and get back to racing as efficiently as we can following an incident.

“These cars need to be fast in all conditions and carry a huge amount of cutting-edge technology onboard, and looking at the Vantage and DBX, Aston Martin has done an impressive job getting the cars ready for action.

“I think the fans will really love the new additions at selected events this year – Aston Martin is an iconic brand with a huge amount of racing heritage – and likewise also with the new-look Mercedes-AMG GT R, it will certainly keep Formula 1 looking fast even when we have to slow the racing cars down!”