Home News AM adamant Vettel ‘should have been reinstated’ 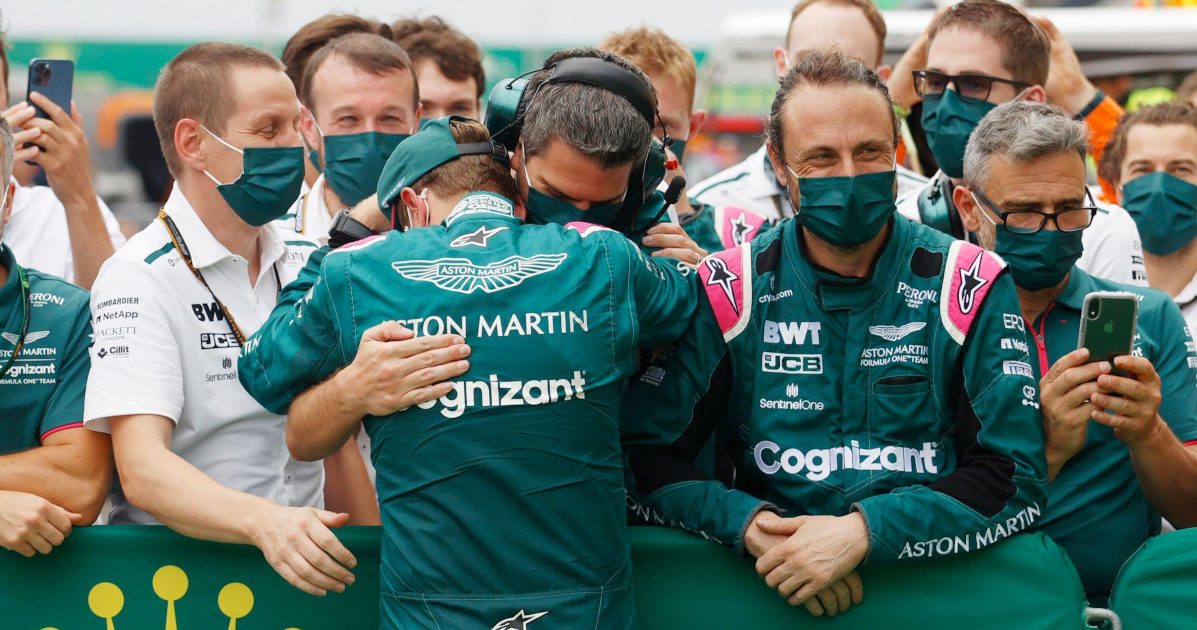 Aston Martin are considering appealing the FIA stewards’ decision not to overturn Sebastian Vettel’s Hungarian GP disqualification, believing he “should have been” reinstated.

Vettel brought his Aston Martin AMR21 home in second place at the Hungaroring, claiming his second podium finish with his new team.

Joy, though, soon turned to frustration when the German was disqualified after the stewards were unable to extract a litre of fuel from his car.

That, according to F1’s rules, is an automatic disqualification.

Aston Martin appealed the ruling, with that hearing having taken place on Monday.

The team states that despite the stewards accepting their explanation of a fuel system failure causing a leak that resulted in an unexpected loss of fuel, they upheld Vettel’s DSQ.

The stewards’ ruling read: “For the assessment of whether or not the one-litre requirement was broken, it does not make a difference why there was less than one litre.

“There may be a couple of explanations why at the end of a race the remaining amount is insufficient.

“In any case, it remains the sole responsibility of the competitor to ensure the car is in conformity with the regulations at all times and it shall be no defence to claim that no performance advantage was obtained.”

The team is now considering its position in respect of its outstanding appeal.

“Sebastian drove brilliantly in Hungary and we are pleased to have been given the opportunity to show significant new evidence that we discovered since the race,” he said.

“We felt the evidence we presented was relevant and demonstrated to the FIA he should have been reinstated following his disqualification.

“That is disappointing, and we will now consider our position in respect of the full appeal process.”

“Due to the lack of weight alone, the Aston Martin was definitely three to five hundredths faster per lap. Then you can work out how much that made a difference over the entire race.”