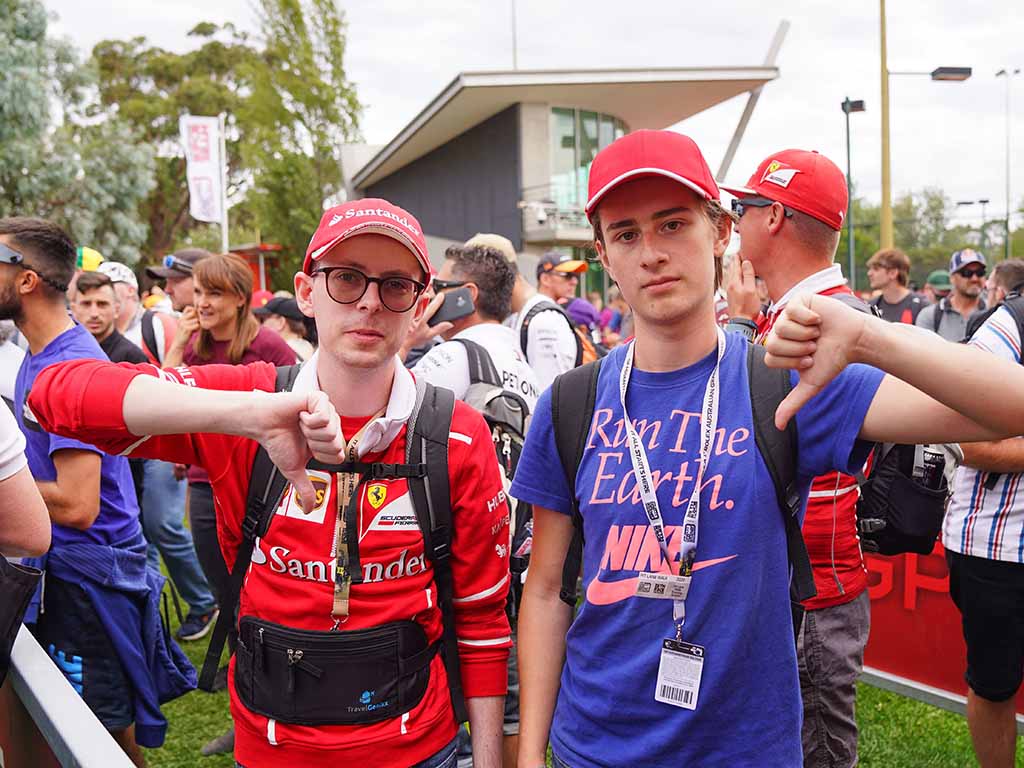 There were shades of Indy 05 on the eve of the Australian Grand Prix weekend. Here is the chaotic chain of events that led to the season opener being cancelled.

Given the current climate and the World Health Organisation updating coronavirus from epidemic to pandemic, there was already uncertainty heading into Melbourne.

Press day on Thursday was business as usual but Lewis Hamilton and Kimi Raikkonen were two particular high-profile dissenting voices as to why action hadn’t already been taken in cancelling event completely.

The situation then escalated considerably when McLaren announced that a team member had tested positive for contracting coronavirus.

With all eyes then on Formula 1, the FIA and the race organisers to take some decisive action. The only communication received prior to the cancellation was the following statement:

Formula 1 and the FIA have have been coordinating with all the relevant authorities on the next steps. Our priority is the safety of the fans, the teams and all personnel at the race.

McLaren’s withdrawal prompted lengthy overnight talks but teams were split 5-5 on whether to continue with the race schedule for the rest of the schedule.

According to two sources, a vote of the teams overnight over whether to continue or not came out as 5-5. I'm so disappointed. #F1 #AusGP

In the midst of continued silence from the governing bodies, two major worldwide broadcasters in the form of Sky Sports and BBC initially reported conflicting information as to whether the race was going ahead.

Sky Sports reported that the race was on, but then deleted the tweet when other sourced information emerged.

There was then an expectation that an official announcement would be imminent…that was far from the case.

FIA president Jean Todt did communicate via Twitter, but only to tell everyone he had a nice lunch.

Ermmm, Jean? Something more pressing to be tweeting about, perhaps? #F1 https://t.co/J1ngBcJ7yk

With no information to say otherwise, fans began turning up at the track again ready for the gates to open.

Alfa Romeo, Racing Point, Haas, Red Bull, AlphaTauri and Williams were also on time and reported for duty as normal when curfew ended.

However, Mercedes, Ferrari, Renault and the aforementioned McLaren were nowhere to be seen. The same could be said for Sebastian Vettel and Kimi Raikkonen as it was confirmed that both drivers flew out of Melbourne in the early hours.

It emerged soon after that Max Verstappen was another driver also heading home.

Jos Verstappen is furious about the decision that's made by the FIA! He and Max are directly going home and doubt whether they will be present in Bahrain. This is getting ridiculously! #AustralianGP #AusGP #MaxVerstappen

Even with four teams missing and five drivers (including Carlos Sainz and Lando Norris) not taking part, track activities were still happening as normal.

Whilst some media outlets are reporting that the Australian Grand Prix is cancelled, I can confirm that is NOT the case. Yet. We've been told that unless we hear otherwise in the next 30 minutes, we're heading in. Meeting currently taking place to decide our fate… #F1PP

The track activities included the two-seater car going on its usual run…only for it to crash.

Those fans that turned up, though, were banned as the idea of a behind-closed-doors event was suggested.

As we approached the two hours before FP1 starts mark, the FIA were carrying on as normal as a game of who blinked first emerged with a whole lot of financial interest on the line. That was seemingly of more importance than health and safety.

Fia spokesman. “For us to cancel it on our own would require less than 12 cars to be available. But other than that or from the local authourities the FIA cannot cancel because there are too many commercial agreements that in cancelling the liability would come back to us”

Mercedes then took action by publicly requesting the FIA and Formula 1 cancelled the race.

And then, nearly 12 hours on from McLaren’s withdrawal. Formula 1 finally broke its silence to bring an end to one of the most chaotic days in a very long time.