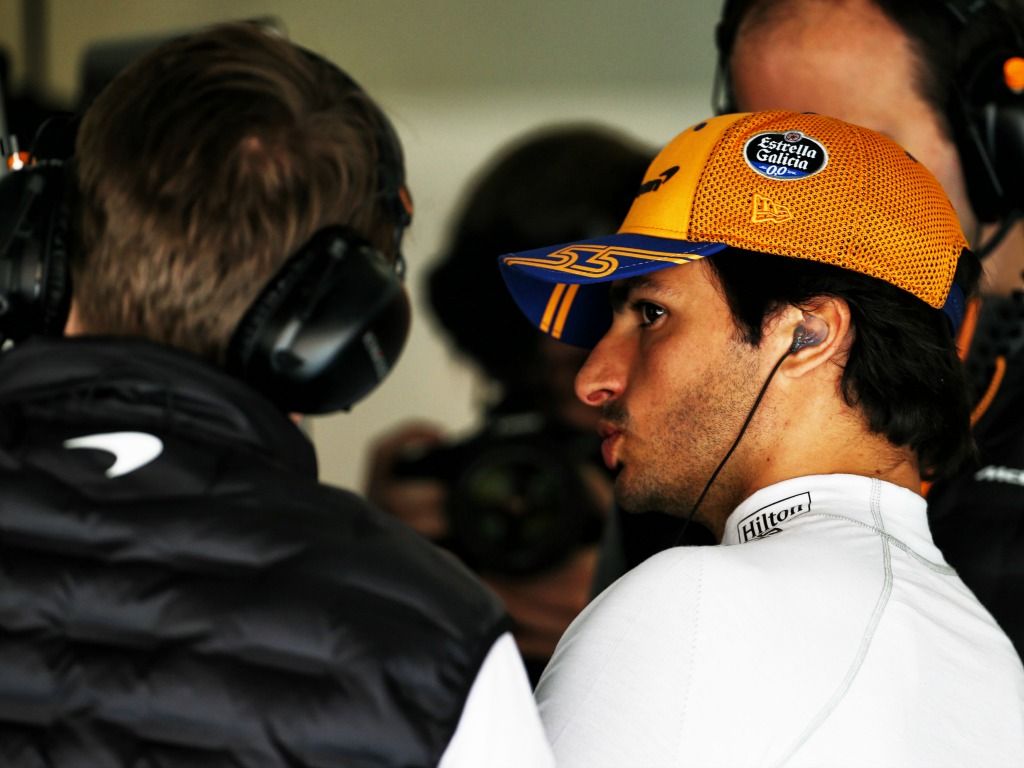 McLaren are “back to reality”, according to Carlos Sainz, after both he and Lando Norris were eliminated from Q2 in China.

McLaren have been catching the eye so far this season, with Red Bull’s Adrian Newey a particularly keen admirer, but qualifying for the Chinese Grand Prix saw the team fall flat.

Both Sainz and Norris were unable to reach Q3 and the Spaniard had a suspicion that was going to happen given how the weekend has gone so far.

“We knew before coming here that this track could expose our weaknesses a lot more than the other two tracks that we’ve been to this season,” said Sainz.

“After FP2 yesterday I think everyone in the team was really encouraged about the pace and I was very encouraged today also.

“So to be P14 and 15 is maybe a bit more disappointing because I was thinking about P11, P12 for the start tomorrow after FP3 and after the first laps of qualy.

“I put some seriously good laps together today and I think we just didn’t have the pace. So we’ll analyse why.

“But today we came a bit back to reality.”

No había mucho más hoy! No estoy contento P14, pero sabíamos que este circuito sería duro para nosotros. Los puntos se reparten mañana!! // Little more to extract today! Not happy with P14 but we knew this track was going to be tough for us. Points are given out tomorrow though!! pic.twitter.com/vnzfXZhiwD

Norris, who had reached Q3 in both previous race weekends in Australia and Bahrain, was in full agreement with his team-mate.

“I was improving with every lap I did but wasn’t taking massive leaps forward,” Norris reflected.

“But as a team, with the car we have now, on this track, it is just not as nice or performing as well as it has over the other race weekends.

“This result is a more realistic one. It wasn’t out of the ordinary and we were kind of expecting it.

“The other teams have done a better job and extracted more out of the car this weekend.”