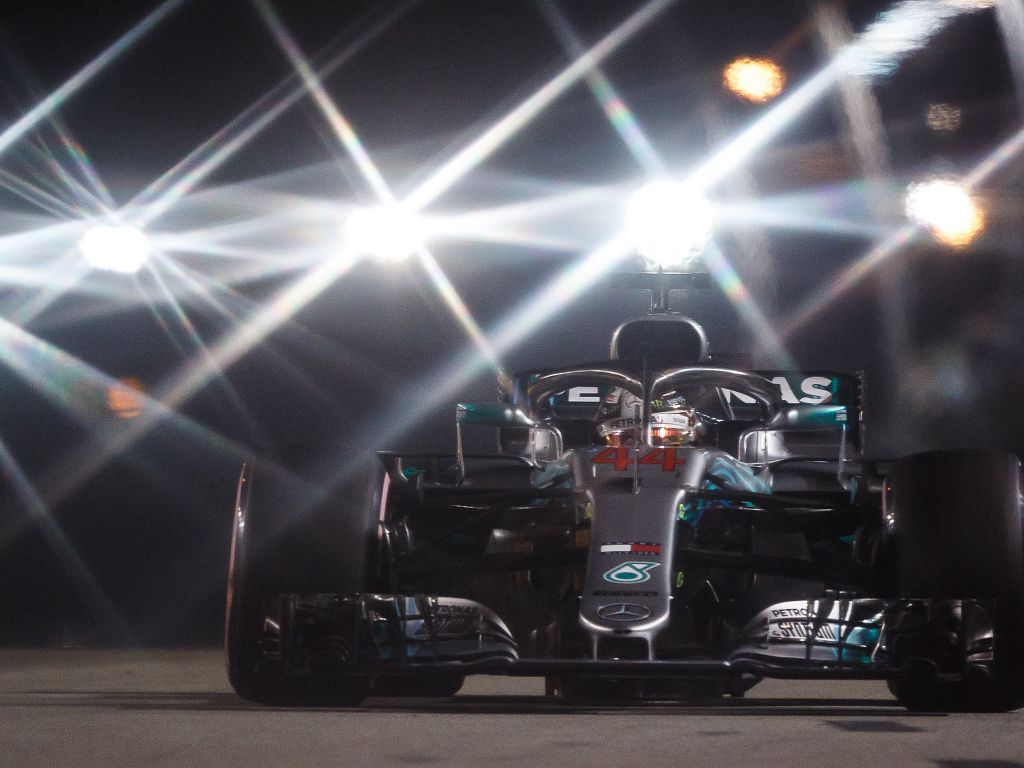 Backmarkers about to be lapped by race leaders need “more of a global perspective”, that’s the verdict of Toto Wolff after both Mercedes drivers had troubles in Singapore.

Valtteri Bottas was not happy with Nico Hulkenberg during Sunday night’s race and felt the Renault should have been shown the blue flags even though Bottas was more than 1.2s behind him.

He called for changes to the gap dependent on the circuit, however, F1 race director Charlie Whiting has ruled that out.

"I was stuck behind Hulkenberg, I couldn't trigger the blue flag."

Bottas, though, wasn’t the only driver struggling with backmarkers.

Race winner Lewis Hamilton also got overtaken by Max Verstappen after a backmarker, Romain Grosjean, held him up.

Sirotkin and Grosjean battle away as the leaders approach

Grosjean was penalised for that with Whiting saying it was the “worst” case of ignoring the blue flags that he had seen in years.

Wolff feels lapped traffic needs to be more aware of what is going on around them.

“The first moment obviously you’re angry that you have lost the gap,” said the Mercedes motorsport boss.

“But you need to accept that these guys are fighting for position and trying to have their own best race. And we have to respect it.

“I think the drivers need to discuss this among themselves – that if the leaders come, and it’s close, that maybe they should have more of a global perspective on what’s happening behind them.

“In a racing car sometimes you don’t know what’s happening and just see that the leader is coming and you’re fighting for your own position. You have to respect everybody’s struggle to perform.”

As for Bottas’ complaints, Wolff reckons the 1.2s gap should be looked at.

He said: “He was upset because he couldn’t close up to Hulkenberg, which was a shame.

“Kimi struggled less so, but when you look at Daniel, who was on a fresher tyre, on an ultra, probably raw pace two seconds quicker than Kimi, he couldn’t overtake Kimi either.

“So again I think something which we need to look at, whether the gap, the 1.2s, is a gap that needs to be adjusted for street circuits.

“But it’s a rule and we have to respect the rule, and if we can optimise it for the future we have to look at it.”