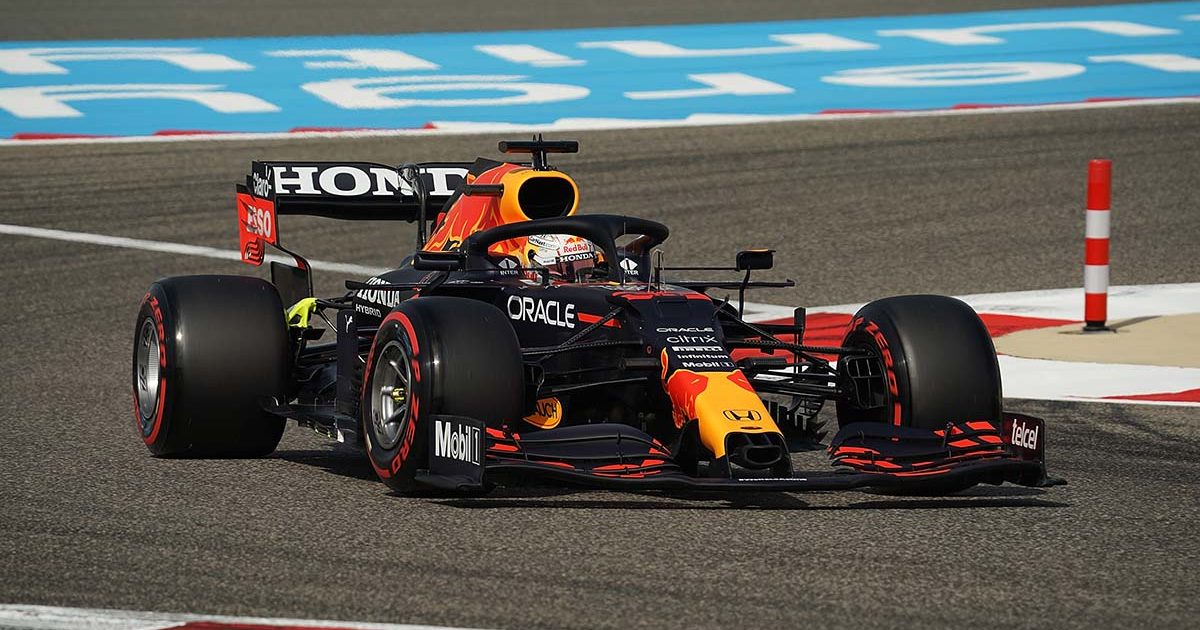 Max Verstappen and Red Bull topped the timesheet again in second practice ahead of the Bahrain Grand Prix.

The Dutchman, who set the early pace in FP1, came back under the glaring floodlights in Sakhir and continued to set the standard with a 1:30.847. McLaren’s Lando Norris was next in P2, just 0.095s behind, while reigning champion Lewis Hamilton was third and 0.235 seconds off the pace.

A vast majority of the field, 15 drivers to be exact, were tightly bunched together on the classification sheet, with Verstappen in P1 and the returning Fernando Alonso down in P15 all separated by a mere second.

Kimi Raikkonen could have made that 16 drivers in that time interval, but quite a hefty shunt at Turn 3 disrupted his running.

A hard knock for Kimi 💥

The Iceman is back in the Alfa garage getting some much-needed TLC#BahrainGP 🇧🇭 #F1 pic.twitter.com/FAKrSVf57p

With the sun fully set and the temperatures dropping, conditions in FP2 were much more representative of what we can expect to see come qualifying on Saturday and the all-important race on Sunday.

With just one hour on the clock in all practice sessions this year, the cars were straight out of the garages as soon as the track light went green again on Friday evening in Bahrain.

It was quite the eventful opening at the Bahrain International Circuit with Nikita Mazepin, Lando Norris and Valtteri Bottas all getting caught out cold through the middle sector, but Raikkonen can class himself as the first driver to have the first accident of the season after losing control at Turn 3.

His front and rear wing slapped the barrier hard, yet he was still able to nurse his car back to the pits.

Meanwhile, Mercedes and Red Bull continued their ding-dong battle at the top of the timesheet and halfway through the session, it was Verstappen who was quickest with a 1:30.847 – but McLaren and Ferrari also occupied places in the top six which gave more hope that we will see plenty of competitive action this weekend and beyond.

The final 20 minutes of the season under the Friday night lights was dedicated to some longer race simulation runs. The data suggested that it was in fact Hamilton who looked quickest in race trim, marginally ahead of Verstappen in Red Bull.