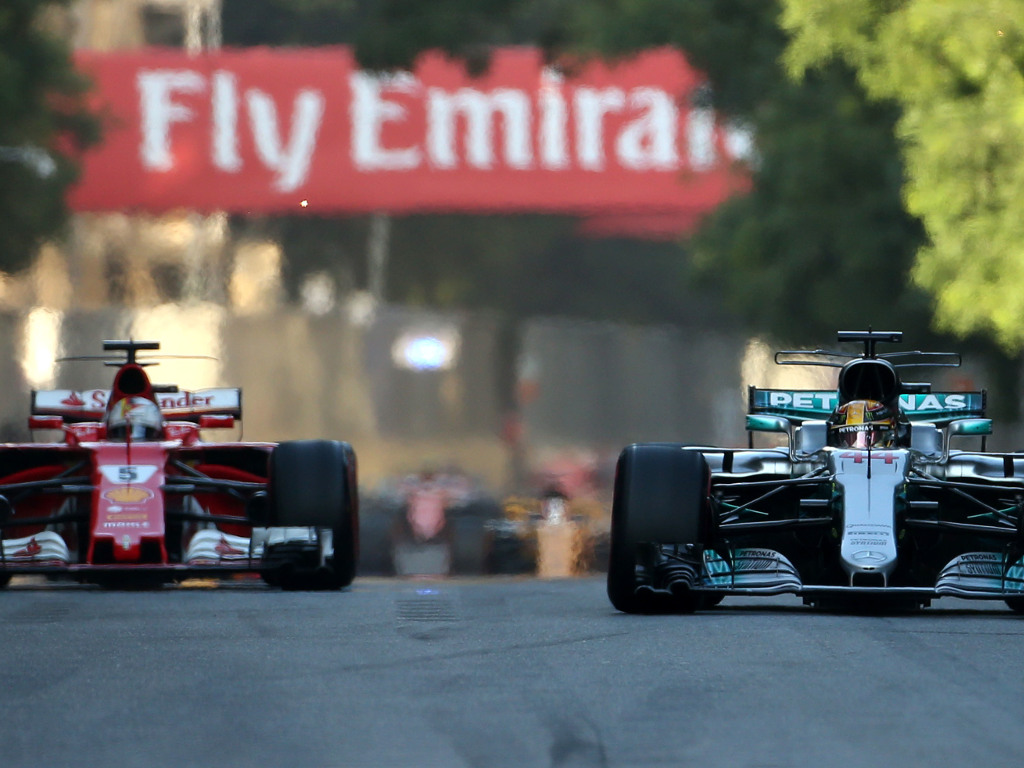 Road rage or red mist, whichever of the two it was, Sebastian Vettel delivered arguably the most infamous moment of the Azerbaijan GP’s short history back in 2017.

Arriving in Baku 12 points ahead of Lewis Hamilton, Vettel faced the prospect of his advantage being cut for the second race in succession as the Mercedes driver was leading the grand prix.

With the Safety Car out on lap 19 because of debris on track, Vettel followed close behind Hamilton only to drive into the back of his W08.

He blamed the Brit, feeling he had brake tested him, and took matters into his own hands by driving alongside Hamilton and swerving into him.

Vettel was handed a 10-second stop-go penalty for dangerous driving.

The Ferrari driver went onto finish the grand prix in fourth place with Hamilton P5.

Vettel would later accept responsibility and issued a “sincere apology” to the FIA for his actions.

“It was the wrong move, the wrong decision,” he explained during the Thursday driver’s press conference in Austria.

“It was the wrong move to drive alongside him and hit his tyre. So, that’s obviously I guess what you all want to hear but there’s not much more to say.

“At the time I was surprised. It felt like Lewis hit the brakes and I couldn’t stop running into his car – but I also said in the statement and said afterwards that I don’t think there was any bad intention.

“So I don’t think he actually brake-tested me. At the time I read it like that. I was surprised, and hence why I was obviously I was upset and over-reacted.

“Am I proud of the moment? No. Can I take it back? Do I regret it? Yes. So I don’t think we need to drag it out any longer.”