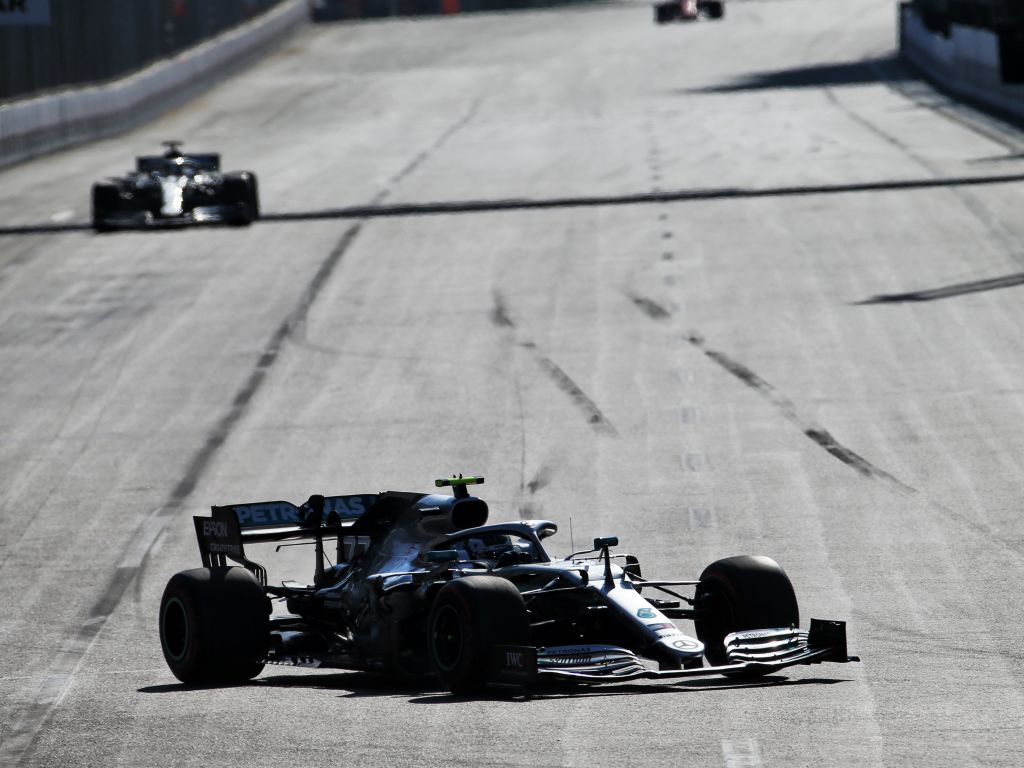 Valtteri Bottas said his victory at the Azerbaijan Grand Prix “pays back” for the heartache of twelve months ago.

With victory almost in Bottas’ hands in Baku last year, disaster struck as a puncture caused the Finn to retire from the race lead, allowing team-mate Lewis Hamilton to go on and take the chequered flag.

There were no such issues this time around, as Bottas held off a game Hamilton to re-take top-spot in the Drivers’ Championship, with Mercedes continuing their 100% record of one-two finishes in 2019.

Speaking to the press in Baku, Bottas said: “It was a tough race, even though there wasn’t much going on at the front.

“Lewis was putting pressure on all the time, so I couldn’t make any mistakes but, honestly, everything was under control, so I’m happy to see the chequered flag and get this first place.

“It means a lot to win. It’s incredible the level we’re performing as a team, that’s why I was just saying at the guys I’m so proud to be part of that.

“We’re all performing really, really well. For me as well it’s only my fifth win and it feels good and pays back from last year.”

“It’s never easy to have Lewis attacking flat out behind, but the main thing for me was to focus on my own doing and not going for the silly mistakes, trying to push too hard and I managed to keep it together,” he explained.

“I think the start was the most critical point, I think Lewis had a better getaway from the line. I was perhaps too cautious off the line, just tried to prevent any wheelspin or anything, so then I had to defend a bit into turn 1 and turn 2, but it was nice and clean and fair, and I enjoyed that.

“I was all the time aware of the gap to Lewis, and I could sometimes see him pushing really hard, and sometimes saving a bit. That’s how it goes. With the blue-flagged cars, sometimes you lose a lot, sometimes you get some help which is always welcome. So thanks to George, I’m happy to buy him a pint of beer!”

Bottas believes it could end up being a title battle contested solely by the Mercedes pair, but stressed that there is a long season ahead and the team can’t get complacent.

“At the moment it looks like that, but it’s obviously a long season ahead, and we’re performing as a team on an incredible level in all areas, not only the car,” he stated.

“It’s a long season ahead, but we’re leading in the points with a good margin. But it’s early days. I’m just focusing on my championship now, and for the moment, it’s Lewis the main challenge. But we’ll take it race by race.”