Home News Horner: You can always bank on ‘mighty’ Max 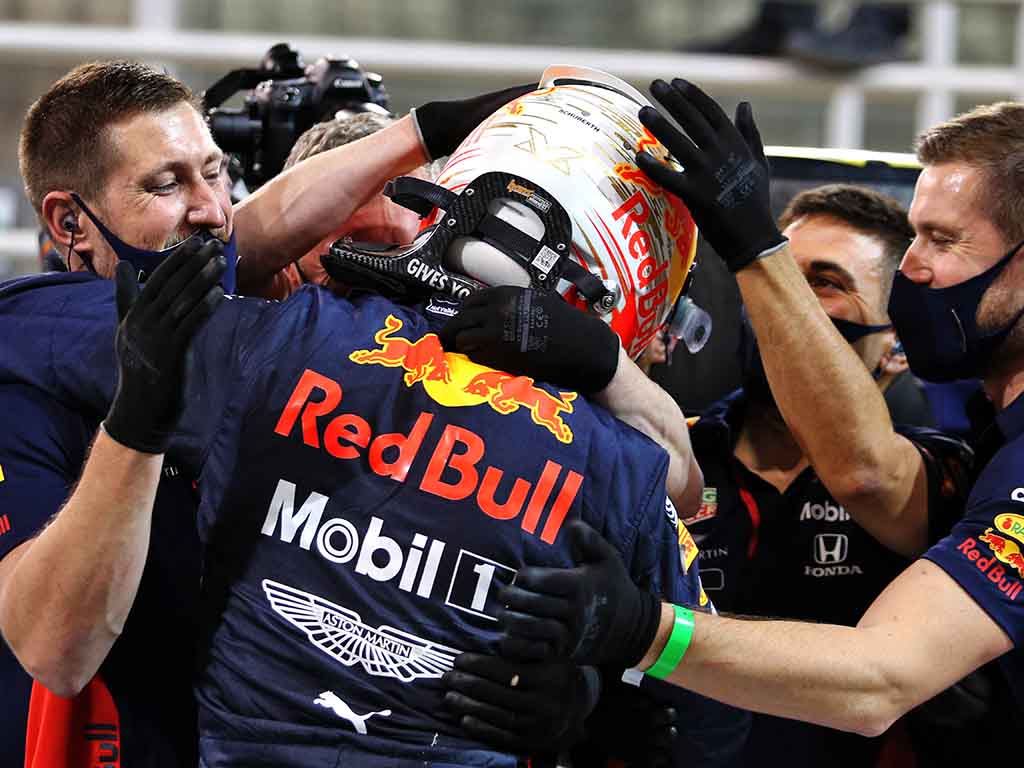 A delighted Christian Horner praised Max Verstappen for being a driver Red Bull can rely on as he pinched pole away from Mercedes in Abu Dhabi.

It looked like being a full season of Mercedes-powered pole positions as Valtteri Bottas and Lewis Hamilton traded blows at the Yas Marina circuit but Verstappen ended that run with a stunning final lap in Q3.

He edged out Bottas by just 0.025s to pick up the third pole position of his career and his P1 sparked great celebrations back in the Red Bull garage.

We do love it when a 𝗴𝗿𝗲𝗮𝘁 lap comes together 💪 #AbuDhabiGP 🇦🇪 #ChargeOn 🤘 pic.twitter.com/2iPPBnxQo6

And Horner believes pole position is a just reward for the season Verstappen has still managed to have despite Mercedes’ continued dominance.

“It’s been so many times this year we’ve sat in that third place seat,” Horner told Sky Sports F1.

“Max actually took it home with him at the press conference on Thursday. He’s just strung together a brilliant lap at the end there and it’s so tight, just less than a tenth between the top three cars.

“He was gutted to miss out last week and to put that lap here, to get that pole, is a phenomenal performance.”

Asked how big an achievement it is for Red Bull to clinch that first non-Mercedes pole of the year, he replied: “I think it’s important for the team who have worked so hard to keep improving this car.

“I also think it’s important for Honda as well and for Max who has just been mighty this year and dragged every ounce of performance out of the car.

“To get this pole at the last race is important. But it’s also important to convert it on race day into a great result.

Verstappen came over to Horner during the interview to give his boss a congratulatory hug and the praise for Red Bull’s star driver continued once the Dutchman started to head over to the media paddock.

“You know you can bank on him,” Horner added.

“You know he is going to give it everything and he can always surprise you. He has done that today. Going into qualifying I thought P3 looks comfortable, but you see what reaction [this pole] brings to the team.

“The team have worked their nuts off this year. We’ve had nine out of the 10 fastest pit stops of the season and they have been remarkable.

“And so too have Honda with the reliability they have shown. They have just got to get through race day. As a team, it epitomises everything when you see it come together like that.”

Verstappen’s pole position lap certainly has not done team-mate Alex Albon any favours. He could only manage P5 and was even pipped to P4 by the McLaren of Lando Norris.