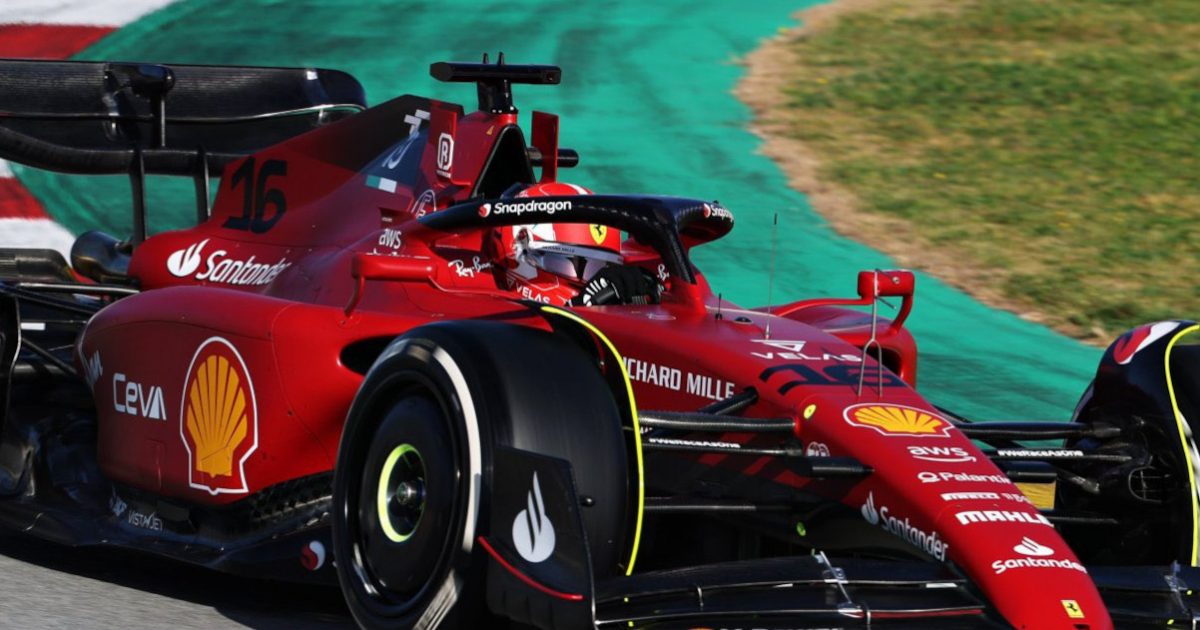 Charles Leclerc set the pace after F1’s first four hours in the all-new cars, but it is fair to say Wednesday morning’s session in Spain was not about setting the times, it was about getting in the laps.

After years of talking about it, and planning for it, Formula 1 welcomed a new era on Wednesday as the all-new ground-effect aerodynamic cars took to the track for the very first time together.

That meant Red Bull were no longer hiding the secrets of the RB18, Alfa Romeo tried to run under the radar with their camo testing livery and Ferrari’s birdbath sidepods were in action.

But it was Ferrari’s F1-75 with Leclerc behind the wheel that set the pace.

Lando Norris was the first driver out of the pits, the McLaren followed by George Russell and then Leclerc – three drivers who hope to become regular race winners this season.

It was Leclerc who set the early pace, the Ferrari driver clocking a 1:21.718 in the opening hour as he put in the laps on the C2 Pirellis.

While he continued to lay down the laps, the chasing field closed the gap with Max Verstappen up to second place, half a second down, after the first two hours of running.

Russell took over top spot briefly early in the third hour only for Leclerc to respond with a 1:20.165s having swapped to the C3 tyres.

That was fast enough to ensure the Monégasque driver topped the opening morning of the session, three-tenths up on Norris with Russell third.

But while the drivers were mainly focused on demonstrating reliability as they adjusted to their new offices, they also tried their hand at following and passing, two things that are meant to be easier in this year’s cars.

Russell was seen stalking Nicholas Latifi through the final corner, one of several drivers looking to follow closely to get an idea of how the cars handle. Leclerc did the same to the Mercedes man.

Max Verstappen chased down and overtook Nikita Mazepin through Turn 1 before doing the same to Latifi. The reigning World Champion later followed up his how-does-the-car-feel-when-I-do-this moments with a slide through the gravel.

The Red Bull driver was sixth quickest on Wednesday morning with Sebastian Vettel and Yuki Tsunoda ahead of him on the timesheet.

Verstappen did top the lap count for the morning, putting in 80. Leclerc was next in line with 79 laps.

Fernando Alonso was P7, his Alpine showing no sign of the unconfirmed engine issues that reportedly befell the team during Tuesday’s shakedown.

Latifi was P8 ahead of Mazepin and Alfa Romeo test driver Robert Kubica. The latter did not have a great start to the day, completing just four laps in the first hour without a time.

The team said at the time they were having a few “small issues” but nothing overly concerning. He was back on track for the final 20 minutes of the session, 1.4s slower than Mazepin.