Home News Barrichello: Schumi was only out for himself 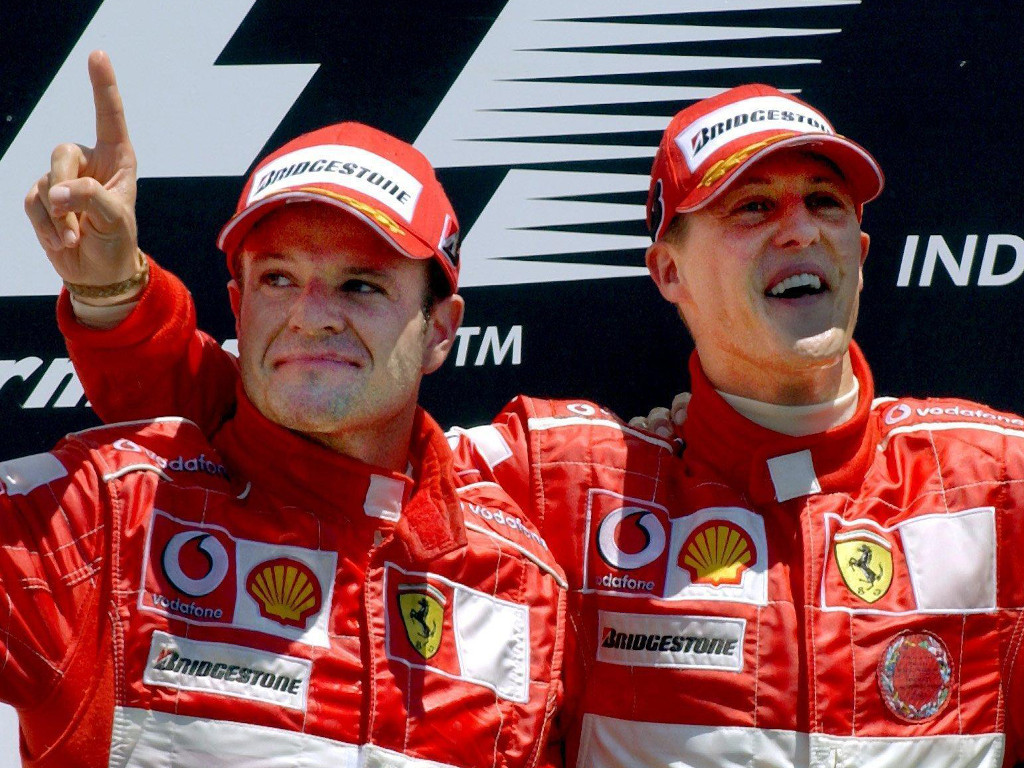 Although Rubens Barrichello says he had a good relationship with Michael Schumacher, the Brazilian feels his former team-mate only raced for himself.

Barrichello teamed up with Schumacher from 2000 to 2005, taking nine wins during his six years.

However, throughout his time with Ferrari, Barrichello was firmly shunted into the number two role within the team.

He says Schumacher was never a “supportive” team-mate.

“I always made friends and I’ve always had a good relationship with all my team-mates,” Barrichello said during a recent Beyond the Grid podcast.

Asked if he included Schumacher on that list, he said: “I do.

“But he was never supportive.

“He was never there to offer help so I never asked.

“Michael was different, he was a bit naive in the way that he worked.

“So many times we’d finish a meeting and then they’d start another one with just Michael there so I’d took my chair and would just sit there.

“Eventually I felt that the team was his.”

The Brazilian, though, admits there is no denying seven-time World Champion Schumacher was exceptional out on track.

“He was super, super on the high speed corners, like very courageous,” he added.

“The way I drove on the low speed [corners], I was taking more speed out of it.

“I remember Ross [Brawn] telling him so many times that he had to do something different.

“I think we both went to another level pushing each other. It was good.

“And it’s not easy to make Michael Schumacher go a new level.”

Saying he was better “mentally” than Schumacher, Barrichello said: “If you put myself against Michael, I think it was 70:30. Let’s put it this way, he was better than me.

“He was more complete and Michael did have bad days.

“Whenever he had bad days, was vulnerable, the team prepared him to be back up so they knew how to affect him positively.”