Home News Many at Ferrari ‘surprised’ Sainz can challenge Leclerc 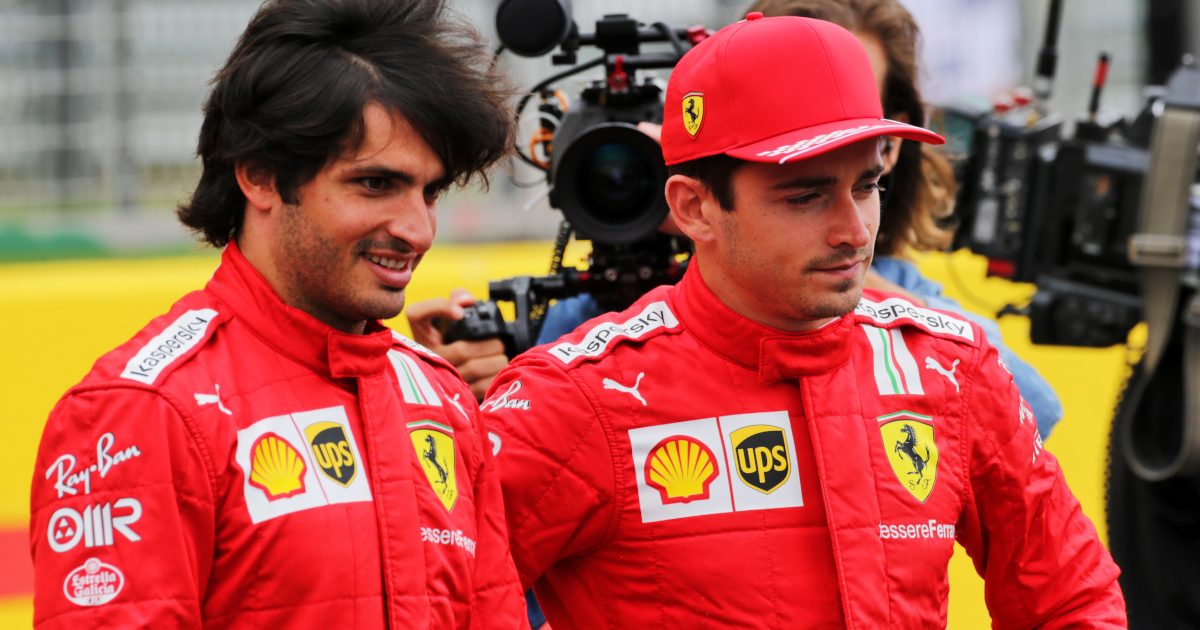 Bernie Ecclestone says Carlos Sainz’s father has told him many at Ferrari are surprised the Spaniard was able to challenge Charles Leclerc this year.

Sainz enjoyed an excellent first season with the Italian team, scoring four podiums and 5.5 points more than team-mate Leclerc over the course of the 2021 campaign.

The fact he was able to get the better of the Monegasque was a surprise to many who expected him to be the team’s number two driver when chosen to replace Sebastian Vettel.

In fact, according to Ecclestone, even those within the team did not expect the 27-year-old to be able to take the fight to Leclerc as much as he did.

“Carlos Sainz’s father called me and told me about his son’s situation,” the former F1 boss told Blick.

“Let’s put it this way…many people in Maranello are surprised the Spaniard was able to give team-mate Charles Leclerc such a run for his money in 2021.”

The 91-year-old himself says he has never believed Leclerc to be anything special anyway though.

“For me, Leclerc was always a very good driver but not any more [than that],” he added.

He sees the Dutchman as being the best racing driver in the world at the moment, and thinks Lewis Hamilton sticking around and not retiring would only do good things for his reputation.

“I understand that,” Ecclestone said when told Verstappen disagrees with his belief that Hamilton will not return next year.

“In Hamilton, Max had a rival everyone valued highly. Success counts twice. And I claim: Max is currently the best racing driver in the world.”

While he says Verstappen has something to gain from Hamilton remaining on the grid, he feels the opposite is true of the Mercedes driver even if he is not fully sold on the man who will partner him next year, George Russell.

“Lewis could only lose in 2022. Who knows how the new cars will reposition the field,” said Ecclestone.

“With George Russell he would have an ambitious team-mate, of whom I am not as convinced as many experts, by the way.

“And then we don’t forget about Verstappen. With him, Hamilton has finally found an equal opponent after many years.”