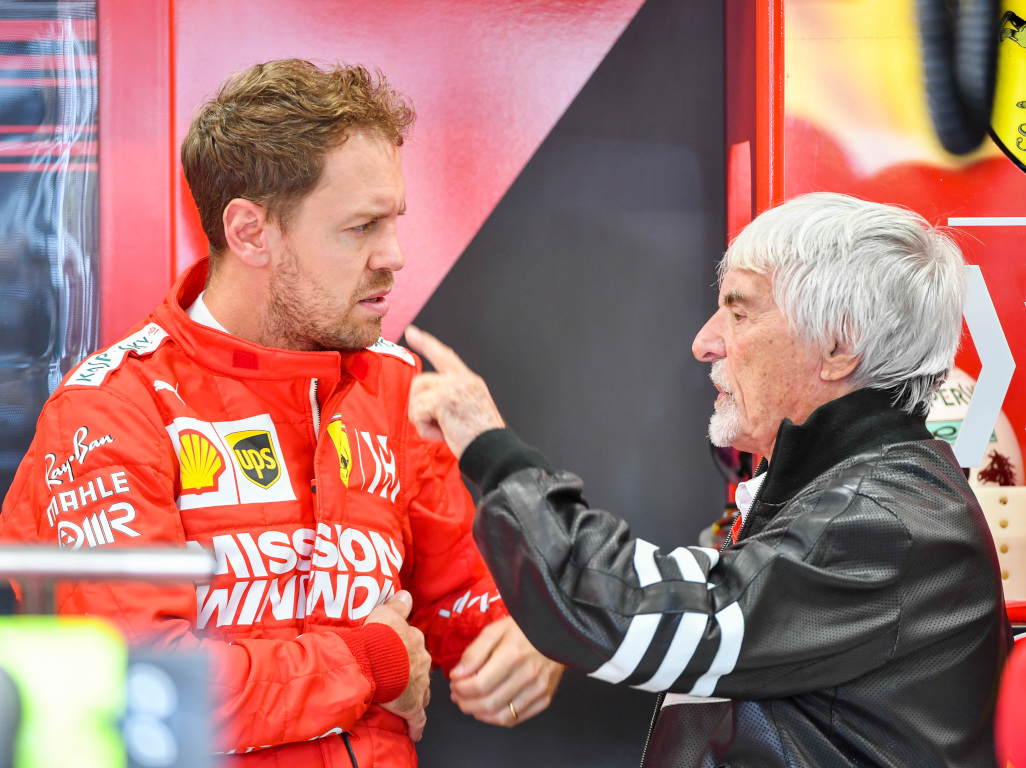 If Sebastian Vettel wants to stay in Formula 1 next season, he should do so with a team “under construction” says Bernie Ecclestone.

Vettel and Ferrari announced earlier this week that the 2020 championship would be the German’s final year with Ferrari.

After five years without a World title together, Vettel and Ferrari no longer have a “common desire” to work together and are calling it quits.

That, however, doesn’t mean Vettel is out of Formula 1.

While it was initially thought he would be in a straight swap with Carlos Sainz for the Spaniard’s McLaren seat, that instead has gone to Daniel Ricciardo.

Renault is therefore the team with an opening.

He told Bild: “Honestly, I would – I don’t know if he would – go to a racing team that isn’t a super-top team, but try to work with people who build a team.

“I just don’t see many reasons why he should go to Mercedes, for example.

“So he would be an absolute winner for a team under construction and it would also be good for him to do something completely new, like when he started with Red Bull.”

For now Vettel is considering his options.

“What’s been happening in these past few months has led many of us to reflect on what are our real priorities in life,” he said earlier this week.

“One needs to use one’s imagination and to adopt a new approach to a situation that has changed. I myself will take the time I need to reflect on what really matters when it comes to my future.”