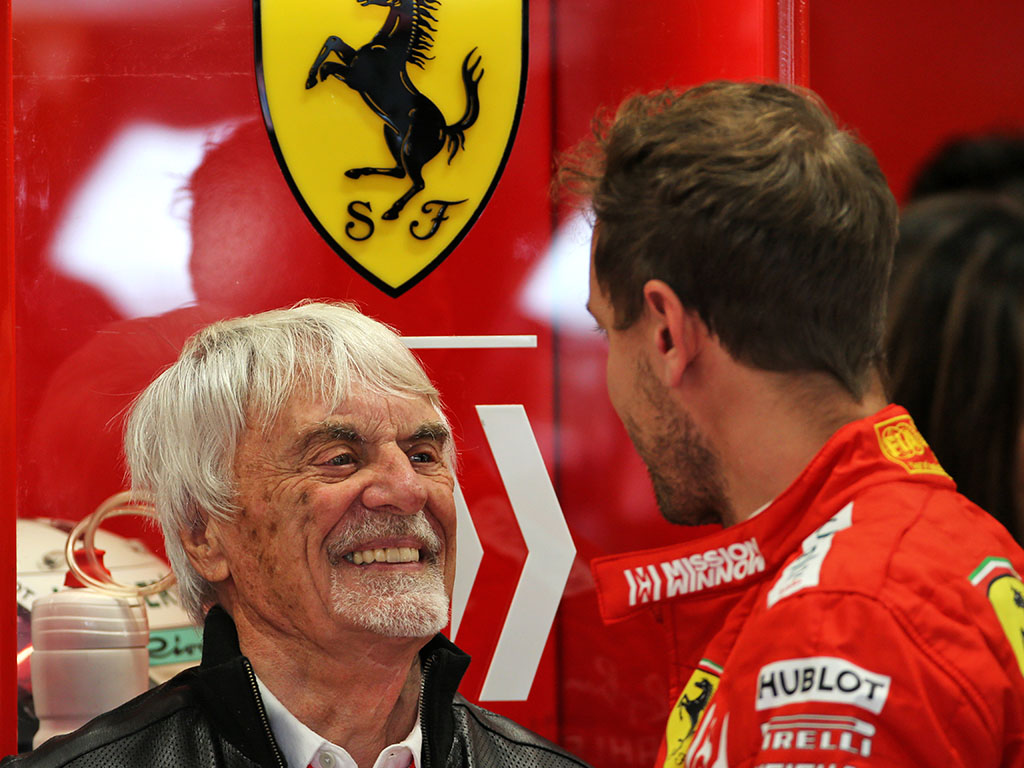 After being told by Ferrari that they would no longer require his services once the 2020 season concluded, Vettel was faced with the prospect of having to say farewell to Formula 1, potentially for good.

His options, especially at the sharp end of the grid, were thin on the ground but he has been able to find a new challenge in leading the soon-to-be rebranded Racing Point team into a new chapter when they become Aston Martin.

Stroll ultimately decided to pay up on Sergio Perez’s current deal in order to make room for Vettel and the four-time World Champion’s good friend Ecclestone revealed that he did put in a good word for him.

“We talk on the phone a lot,” Ecclestone told German outlet Sport1.

“I listen to him and then give him my assessment of things. I have also helped him make the deal with Aston Martin work.

“I told him how good Sebastian was still and that in the end it would be a win-win situation for everyone if the deal went through. I think my arguments helped convince him.”

Vettel is enduring a torrid final year with Ferrari and has just 18 points to his name after 12 races.

Team-mate Charles Leclerc, meanwhile, sits a respectable P5 in the World Championship given the car he has at his disposal, amassing 75 points.

Ecclestone suspects that there is something going on behind the scenes at Ferrari as he still feels Vettel has the quality and experience to be better than what his results are showing.

He also thinks that Vettel will prove the doubters wrong when he gets his fresh start at Aston Martin.

He added: “Leclerc is certainly a huge talent.

“But so was Sebastian Vettel, still is. And he has more experience. So he should actually be in the lead. But since he isn’t, there must be other reasons.

“Ferrari has always been a rather opaque team, where domestic politics has always played a major role. Actually, it was only at the time of Michael Schumacher that everyone was pulling in the same direction.

“Fortunately Sebastian Vettel has a new challenge next year at Aston Martin. There he will give the answer to the doubters who no longer believe in his abilities this year.”