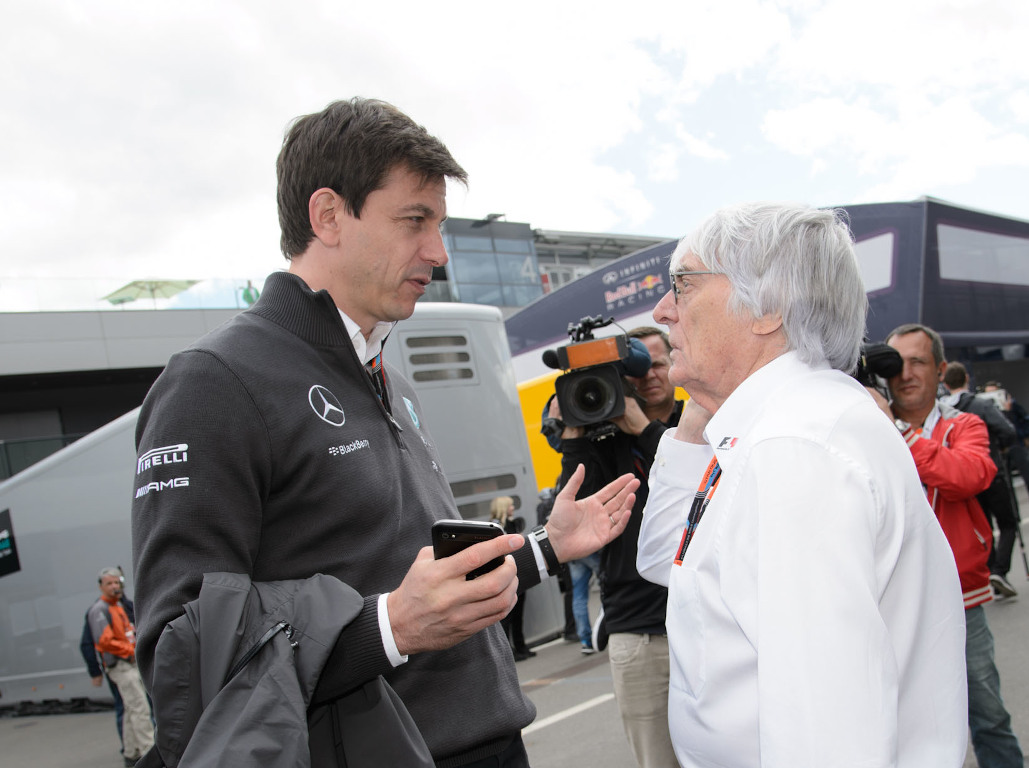 Bernie Ecclestone reckons Susie Wolff owes him a Rolex after conning him out of the one her husband, Toto, gave him.

Back in 2013 Toto took up the reigns at Mercedes, swapping his allegiance from Williams to Mercedes.

Former F1 team boss Colin Kolles was expecting to benefit from the swap, taking the role of Williams as team boss as he had agreed with Wolff.

The job was supposed to be payment for Kolles introducing Wolff to Ecclestone in 2009 while the Austria is also said to have owed Kolles money.

It never happened and, according to F1-Insider, a ‘dispute broke out’ between Wolff and Kolles.

Ecclestone, then Formula 1’s chief, stepped in and ‘mediated’ a truce between Wolff and Kolles with Wolff saying thank you in the form of a Rolex.

Ecclestone is well know for his extensive watch collection.

Fast forward to 2019 and that watch is no longer in the Brit’s collection.

Ecclestone told his tale to F1-Insider.com.

“Some  time last year, Wolff’s wife visited me to take a look at my watch collection,” said the 89-year-old.

“But Susie only had one goal: she wanted her husband’s Rolex back.

“When she saw the watch in the display case, she wailed how much Toto was attached to it because of the memory of his father.

“I was so flabbergasted that I left it to her.

“She took it without saying thank you.

“Only later I did realise that the Rolex no longer belonged to Toto because he gave it to me in 2013.”

Neither Wolff could be contacted to confirm, or deny, the story.

“In 2013 I even suggested to Toto to give Ecclestone the watch for his help,” he said. “He immediately accepted my advice.”