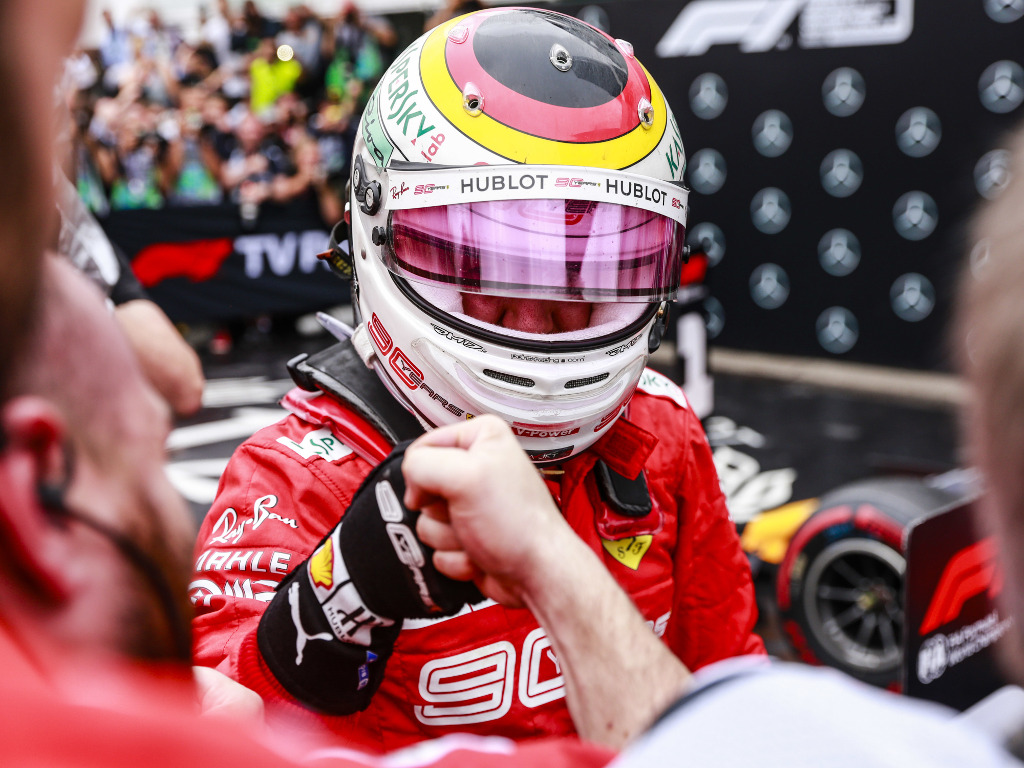 What a difference 48 hours make; Sebastian Vettel went from being told Ferrari expect more of him to be hailed by Mattia Binotto for achieving an “important” podium result.

Vettel was publicly criticised by his Ferrari team boss ahead of the German GP weekend with the Italian telling journalists: “What we have to do is be honest and say: ‘We expect more from him’ and maybe he has not been as good as he was in qualifying.”

Ironically it was then Ferrari who let Vettel down, his SF90 suffering a turbo issue in qualifying that meant he started his home race from the very back of the grid.

The German took advantage of the rain and the chaos it produced to race his way onto the podium, P2 on the day.

Binotto was happy for his driver.

“It was a very crazy, chaotic race. We are very happy for Seb,” he said.

“I think it was important for him to have a good weekend here.

“It was very disappointing yesterday. Starting from the back of the field, what he achieved, is certainly a good boost for him.

“He was happy on the podium. We are very happy for him, and I’m sure that will help him for the next races.”

But while Vettel shone in the rain, his team-mate Charles Leclerc blotted his copybook when he crashed while looking to be on track for a podium result.

The Monégasque driver, competing in his first season with Ferrari, conceded it his own mistake that put him out of the race.

Binotto told SpeedWeek.com: “He came directly to the pit wall after the accident, we just looked at each other, that was enough, there were no words needed. There is nothing left to add.

“He knows for sure that this is going to happen. Today is a missed opportunity for him but he will receive many more opportunities.

“He is an incredibly fast boy, who has shown his skills today despite the mistake.”