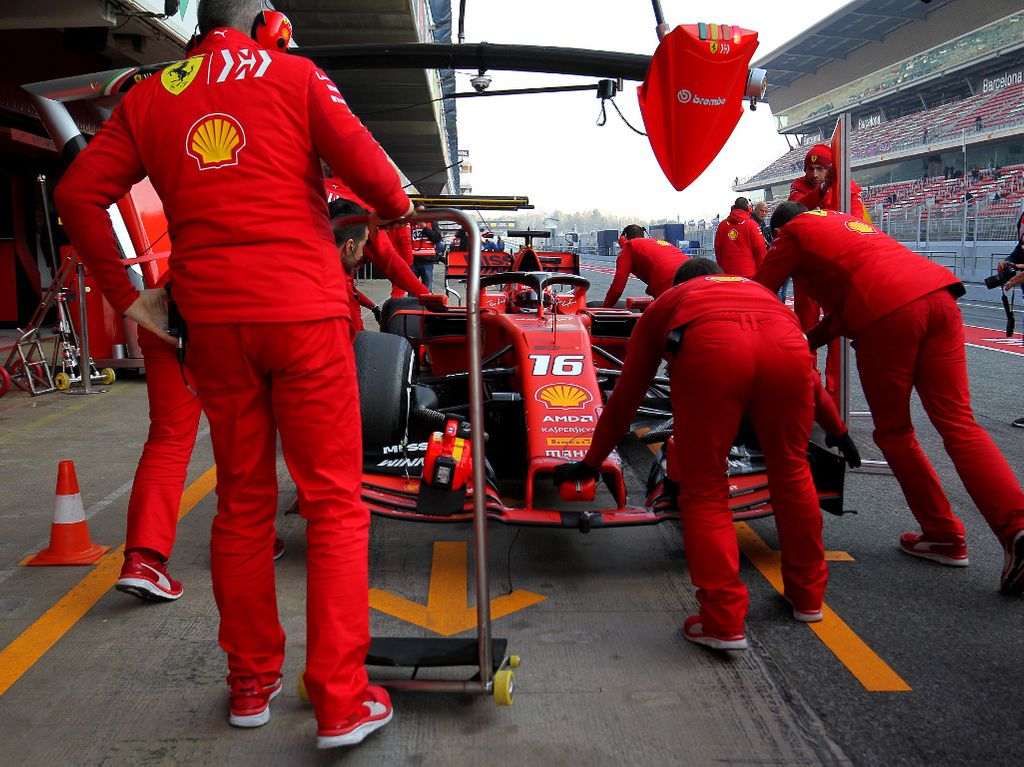 It is “completely wrong” to claim Ferrari have the fastest car on the grid; that’s according to Scuderia team boss Mattia Binotto.

Ferrari have been the team to watch this pre-season with many if not all their rivals claiming they are the ones to beat.

And the timesheet says the same.

Charles Leclerc was quickest on Thursday before Sebastian Vettel set the pace on Friday morning, posting a 1:16.221.

That put him three-tenths up on Mercedes’ Valtteri Bottas.

Such has been the Scuderia’s pace that Lewis Hamilton has predicted they hold an advantage of “potentially half a second, something like that.”

Binotto has downplayed this.

“After a total of eight days, which were very interesting and intensive days, we are still focusing on ourselves,” Binotto told the assembled media at the Barcelona circuit.

“We are still trying to learn our car, to still find the limits of performance, and also reliability.

“These are very important for preparation of the entire season.

“I’m happy to know that Hamilton thinks we are faster.

“We know that here we might run different fuel levels, we’ve got different programmes, so I’m not expecting them to be behind us and it will be very close.”

Ferrari ran into trouble on the first two days of the second test with a cooling issue hampering them on Tuesday before a wheel rim problem caused Vettel to crash on Wednesday.

Binotto added: “To win we have to be the strongest and we’re not the strongest yet. I would like to see the car as a whole more reliable.”