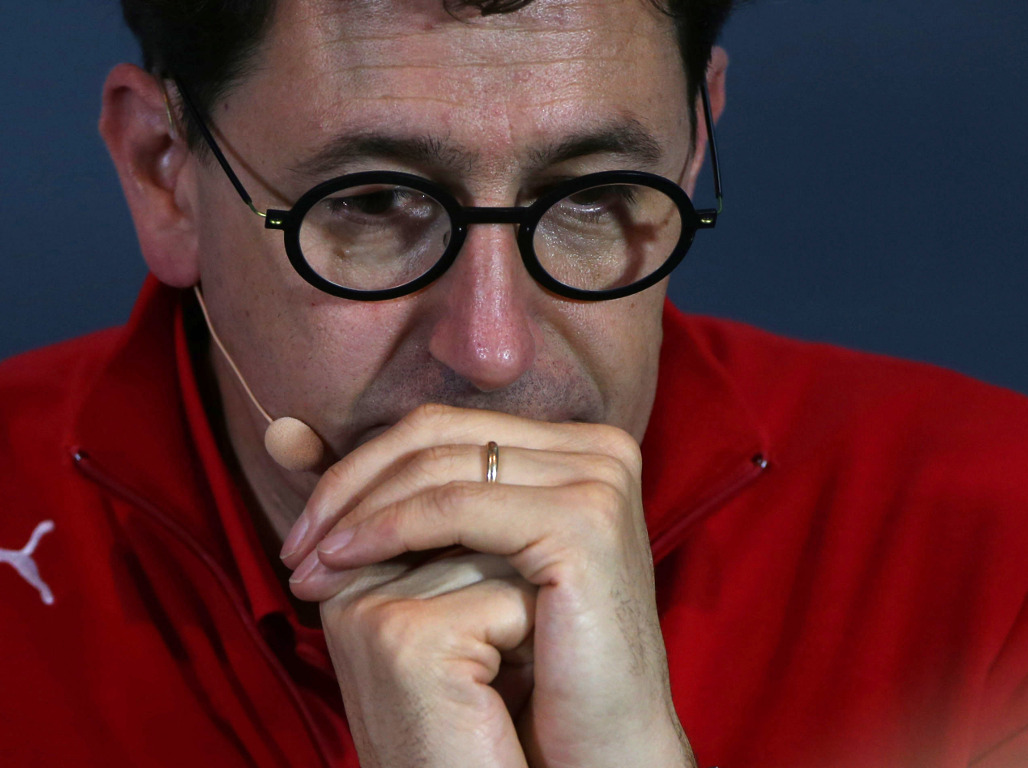 Ferrari principal Mattia Binotto admits that they “screwed up” Q3 for Charles Leclerc, but it was a risk they needed to take.

Lewis Hamilton was in control of Q3 around Yas Marina Crcuit, setting the fastest time of the session on his first run before bettering that on the second attempt to take pole for the season finale.

Further down the order Ferrari were getting ready for their last attempts with Sebastian Vettel just ahead of Leclerc, and after crawling to the start-finish line Vettel was able to start another lap, but Leclerc didn’t make it in time and was forced to settle for P3 when Valtteri Bottas’ engine penalty takes effect.

The risk didn’t work out for the Scuderia, but Binotto believed that the track was improving at the end of the session and it could have given Ferrari the pace boost they were lacking.

“We knew that we were not too competitive today, especially losing a lot of time in the last sector,” Binotto told Sky Sports.

“I think on the last attempt we tried to do whatever we could, take some risks, as well at the very last minute there was track improvement.

“So being the last going out of the garage we knew it was very tight, that was a conscious choice, but it was too tight for the track we found and we screwed up.”

It wasn’t the first time this season that a strategic call went gone wrong for Ferrari, but Binotto denies that it’s a weakness of the team.

“No I don’t think so, I think here we were completely aware and conscious of what could have been the risk,” he explained.

“So it was a risk we knew we had taken but it didn’t work today.”

Ferrari are yet to taste victory at the Yas Marina Circuit, and Binotto believes their lack of downforce makes changing that record rather difficult.

“I think we are losing downforce, so we are missing as well some stability in braking which is important for the drivers for the balance when cornering,” said the Ferrari boss.

“In that type of corner, especially in the last sector, we are missing too much, and maybe the tyres become too overheated by the end of the lap.

“I don’t think it’s a concept I think at the end we are missing downforce, and when developing a car you are looking for more downforce no doubt.

“If you look at the second part of the season we are less fast on the straights compared to the initial parts of the season because we are trying to put some more downforce which means more drag.”

Ferrari split the strategy for Sunday’s race with Leclerc set to start on the mediums while Vettel will begin with the softs, and Binotto thought it was a tight but necessary call for the team to achieve a good result.

“I think the call was very tight,” Binotto admitted.

“I think here just to make sure that we can have the most opportunities tomorrow in the race, we decided to split the strategy on the two drivers

“Charles didn’t choose the yellow tires, together with the team we decide to have a different strategy, Vettel with the softs and Charles with the mediums.

“We don’t know which is the best strategy, Sebastian with the softs could have a better start and this could be a huge advantage in a race where it is very hard to overtake.