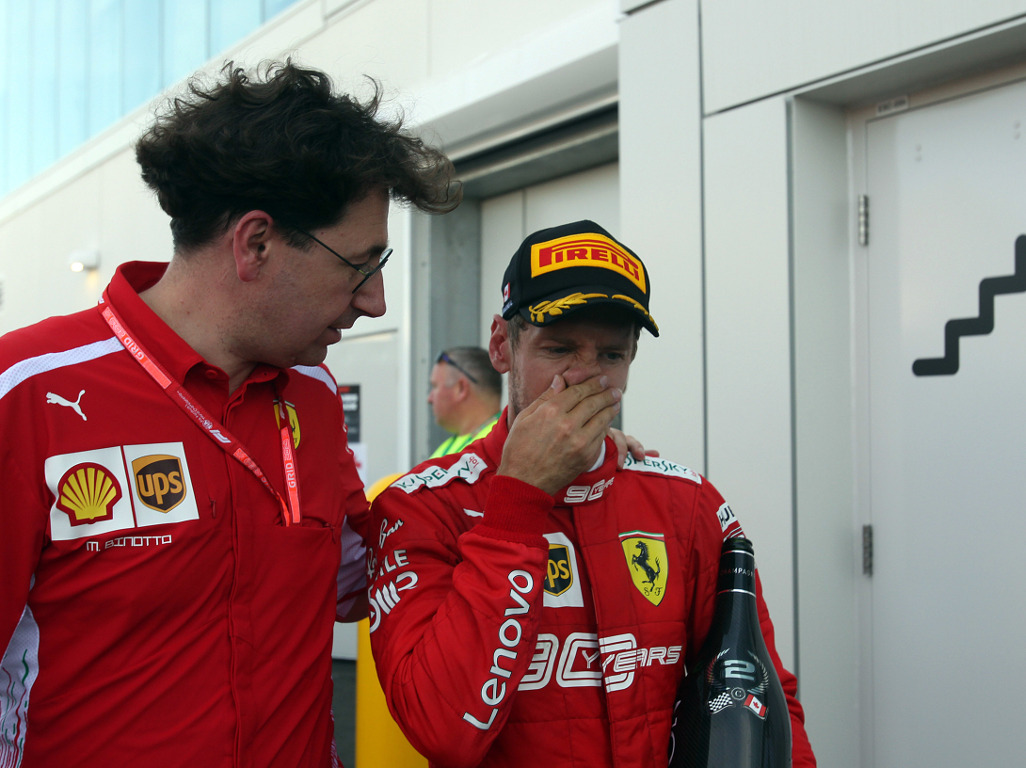 Ferrari may not have won the Canadian GP, denied by the stewards, but Mattia Binotto insists there are still positives to be taken from the weekend.

A day later the German was racing towards the victory only to be denied by Montreal stewards, who slapped him a five-second time penalty for an unsafe return to the track during his battle with Hamilton.

Vettel finished second while his team-mate Charles Leclerc was third.

It was, however, another victory for Mercedes – their seventh on the trot.

But while disappointed with the outcome, team boss Binotto says there is cause of optimism.

“We leave Canada knowing that, as indeed over the whole weekend, we proved we were competitive, and that fact has been a confidence booster for the whole team,” he said.

“We were the fastest on track and that is important… We know there are weaknesses to address, [but the] season is not over.”

As for Vettel’s antics after the race, which saw the Ferrari driver put the number ‘2’ board in front of Hamilton’s car while moving the number ‘1’ to where his own should have been, Binotto says that display was a good sign.

“It’s a good sign for a driver,” he said. “He’s very hungry, we are all hungry here and that is certainly what will help us through the coming weeks and months and races.

“At the moment, we, as a team, are naturally disappointed, but most of all our thoughts are with Sebastian… I don’t think he could have done things differently, which is why we have decided to appeal the stewards’ decision.”