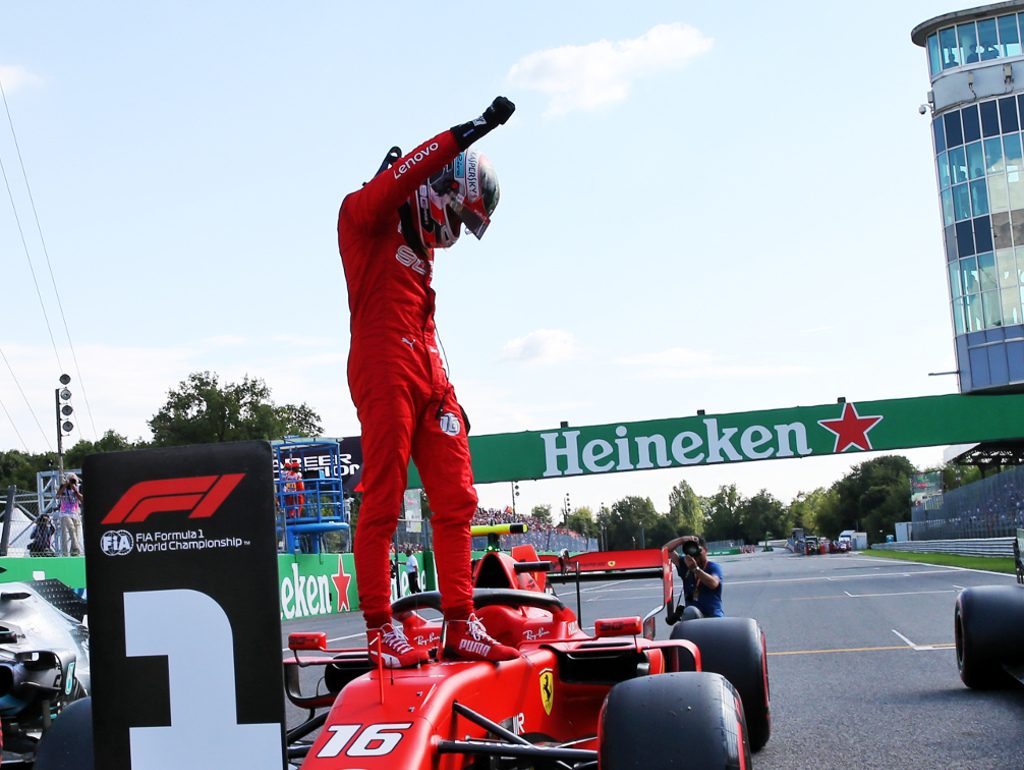 Mattia Binotto admits he was “surprised” by how well Charles Leclerc rose to the challenge of being a Ferrari driver and dealt with the pressure.

After just one season with Sauber, now Alfa Romeo, Leclerc was promoted to Ferrari for the 2019 campaign.

While the Monégasque driver, just 21 at the time, was initially told his team-mate Sebastian Vettel would be the “priority” driver, Leclerc almost immediately came to the fore.

He would have taken his first race win at the Bahrain GP, round two of the championship, had it not for a cyclinder failure.

Instead he had to wait until round 13, Belgium, to taste the victory champagne.

Leclerc would go on to win the Italian GP to bring his tally to two for the season while also taking seven pole positions, the most of any driver.

Team boss Binotto has been impressed.

He told F1only.fr: “We are very happy with him, his season has been exceptional starting seven times from pole position and taking two victories.

“Finishing in front of Sebastian is a great achievement.

“I think Charles surprised everyone, not just me. He is very fast and has managed to handle the pressure all season long.

“When we started the season, the situation was different. We had a young driver and an experienced driver.

“But if you look at the last races, they were quite free to race and that’s where we start.”

“We have already started a new path and we need patience. We are doing everything possible, because the fans deserve victories.”