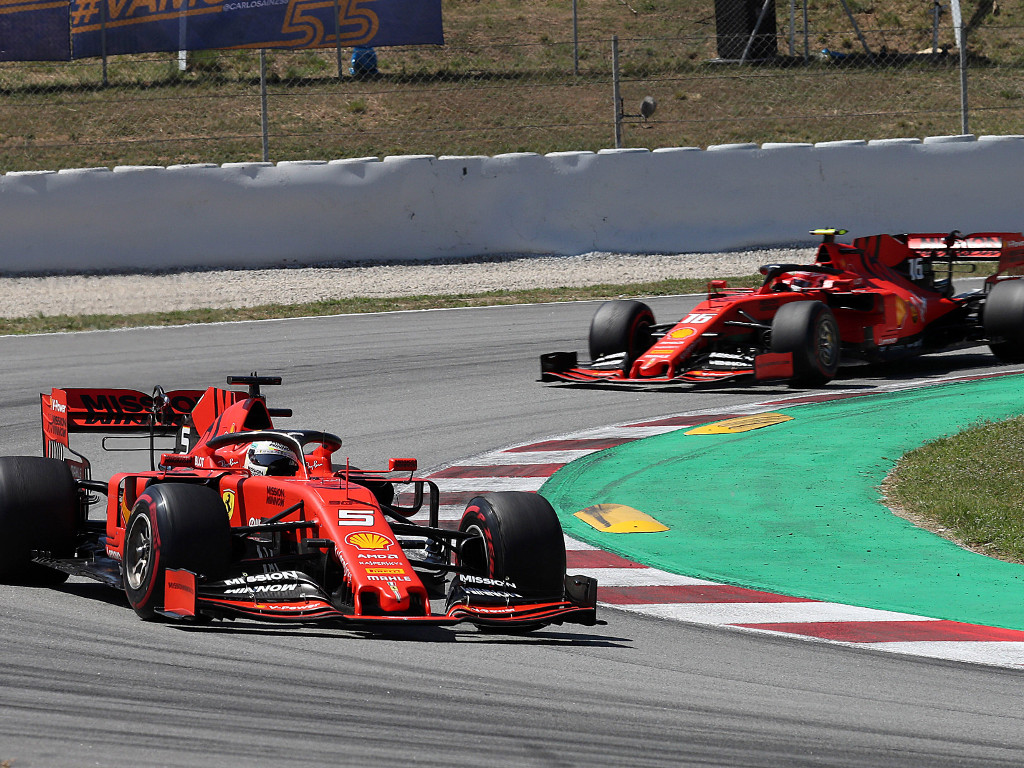 Ferrari team boss Mattia Binotto has once again defended the Scuderia’s use of team orders, saying they are being issued in an attempt to “maximise” the result.

Ferrari have used team orders in four of this year’s five grands prix, twice issuing them at the Spanish Grand Prix.

Last Sunday, the orders initially went in Charles Leclerc’s favour after Sebastian Vettel flatspotted his first set of tyres while later in the race they came down in favour of the German, who was on the medium tyres to Leclerc’s hard.

It general, though, it is Vettel who has gained the most from Ferrari’s team orders with Binotto saying they are “based on the fact that I am pretty convinced that the team comes first.”

He added to the BBC: “Our first objective is to maximise the team points, and to do that, knowing we have two fantastic drivers but with two different levels of experience, I think what we did was all right.

“If there are any decisions that need to be taken in some circumstances, they should be in the favor of the most experienced driver. That’s it.”

Ferrari have yet win a grand prix this season, partly because of Mercedes’ form but also because of mistakes from Vettel.

Binotto, though, is convinced the German can deliver.

He added: “Seb is a fantastic driver. He has been four-times World Champion. I believe that if he is comfortable and he has serenity in his mind, he can deliver well.”

He, however, denied that Vettel’s contract hands him number one status at Ferrari.

“No,” he said when asked about it. “It is not a matter of being number one driver. It is team interest first.”