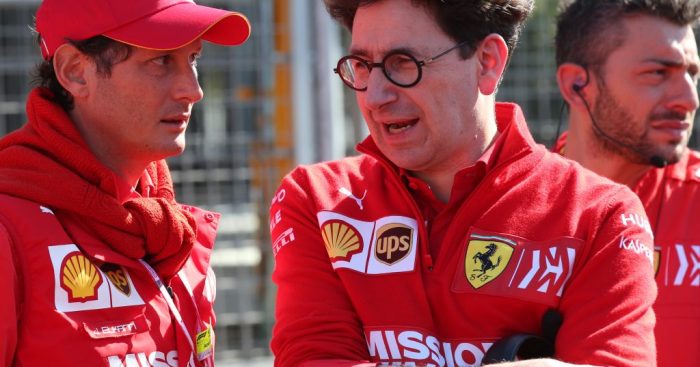 Mattia Binotto is reportedly going to drop all technical director responsibilities in order to fully focus on his role as Ferrari team principal.

According to the Italian version of Motorsport.com, Binotto, who has effectively been performing a duel role at the Scuderia this season, will stand down as technical director and, in his place, will be a three-man team rather than one direct replacement.

No official announcement has been made yet, but one could be on the way as we gear up to next weekend’s German Grand Prix  at Hockenheim.

The likes of Enrico Cardile (chassis), David Sanchez (aerodynamics) and Corrado Iotti (engine) have been linked with becoming  part of the new technical team that will report directly to Binotto.

A further indication of a Ferrari reshuffle came recently with confirmation that former chief designer, Simone Resta, will be rejoining the team later this year from Alfa Romeo.

Ferrari have so far refused to say what his official job title is, but it will not be technical director or chief designer.

The report also states that the reshuffle is predominantly with the 2020 season in mind as development continues to ramp up on the new car.