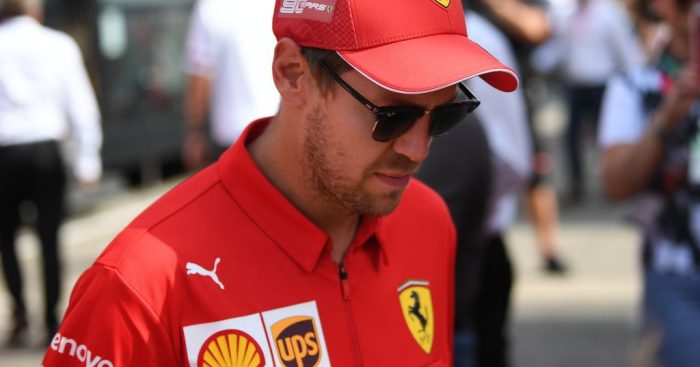 Sebastian Vettel admitted to being “very bitter” after a turbo issue cost him any qualifying action at the German Grand Prix.

The Ferrari driver was looking to put a nightmare home race from last year behind him, but disaster struck again when he reported a loss of power in Q1 during his outlap.

After returning to the pits the mechanics admitted defeat in trying to get him back out on track with the clock ticking down, leaving Vettel at the back of the grid for Sunday’s race.

The Scuderia confirmed it was a problem with the airflow to the turbo, and things would worsen still when their second challenger Charles Leclerc was forced to miss Q3 with a fuel system problem.

Not the end to his home qualifying Vettel would have wanted

Just minutes into Q1, he had to nurse the car back to the pits and didn't re-emerge #F1 🇩🇪 #GermanGP pic.twitter.com/IC3yWqiHP0

A front-row lockout was a very real possibility for Ferrari, but after losing one big opportunity, Vettel has switched his focus to another one on Sunday knowing the performance which Ferrari have at Hockenheim.

“I don’t know what happened. Something broke in the turbo and it was game over from there,” he told reporters.

“So obviously very bitter. I think the car was great. Lost out on a big chance, but hopefully we’ll have a big one coming again tomorrow.

“For sure I’m looking forward to the race, but obviously it would’ve been nicer to start at the very front and not the very back.”