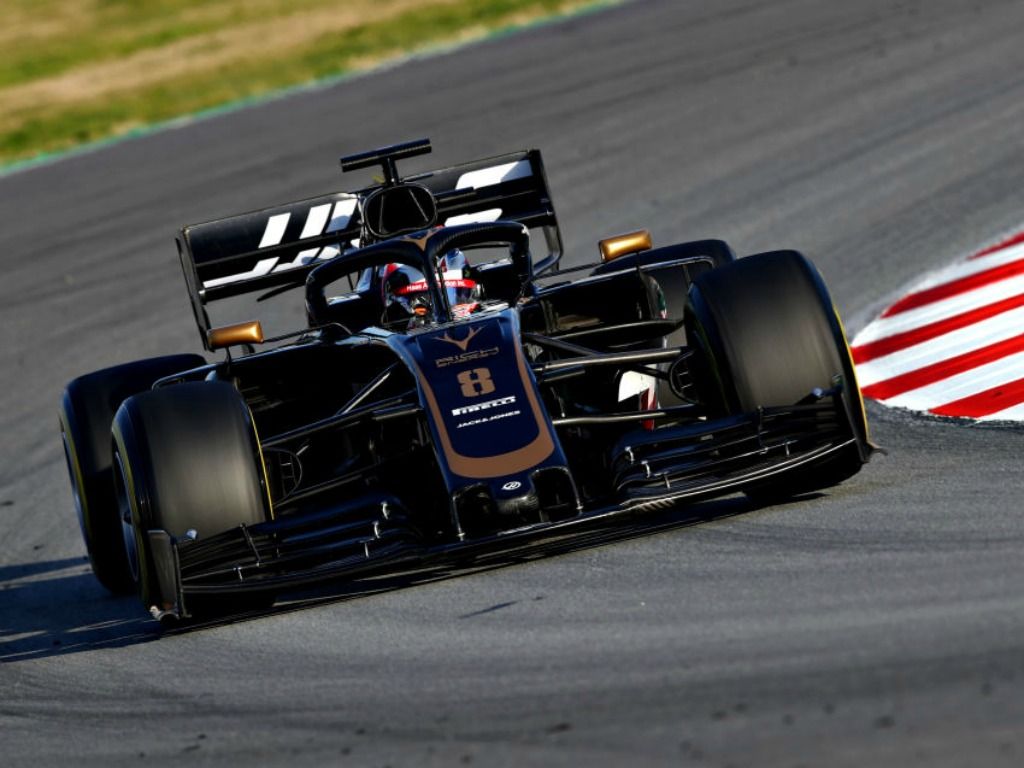 Throughout pre-season testing, the lid is supposed to be firmly kept on expectations. Not if you are Haas‘ title sponsors Rich Energy…

The black and gold Haas VF19 finished the opening day of testing in P3, as Romain Grosjean recovered from an earlier on-track stoppage to post a 1:19.159.

That was three tenths quicker than Max Verstappen in the car of a certain energy drinks rival and Rich Energy posted a celebratory tweet, which we hope was meant to have more than hint of sarcasm to it.

‘A superb effort today in testing by @HaasF1Team & the tremendously talented @RGrosjean . Our 1st day in @F1 & we are faster than @redbullracing. Superior performance fuelled by @rich_energy,’ the tweet said, followed the hashtag #betterthanredbull.

The tweet was certainly not well received, with fans telling them in the replies not to get too big-headed and stay humble.

But it seems Red Bull are going to have some noisy neighbours to quieten down throughout the 2019 campaign.

Grosjean offered a much more reserved outlook back in the paddock in Barcelona.

“I think we can be happy enough with our day, in terms of the car’s feeling,” Grosjean said.

“We didn’t have a smooth run in the morning, but saying that, the afternoon went better. We had lost a fair bit of track time, but we recovered to put in some good runs.

“The team’s done a good job again to produce a car that’s very nice to drive.

“There’s more work to do obviously, we need to understand the car, but at the minute I’m very happy with what we’ve got.”