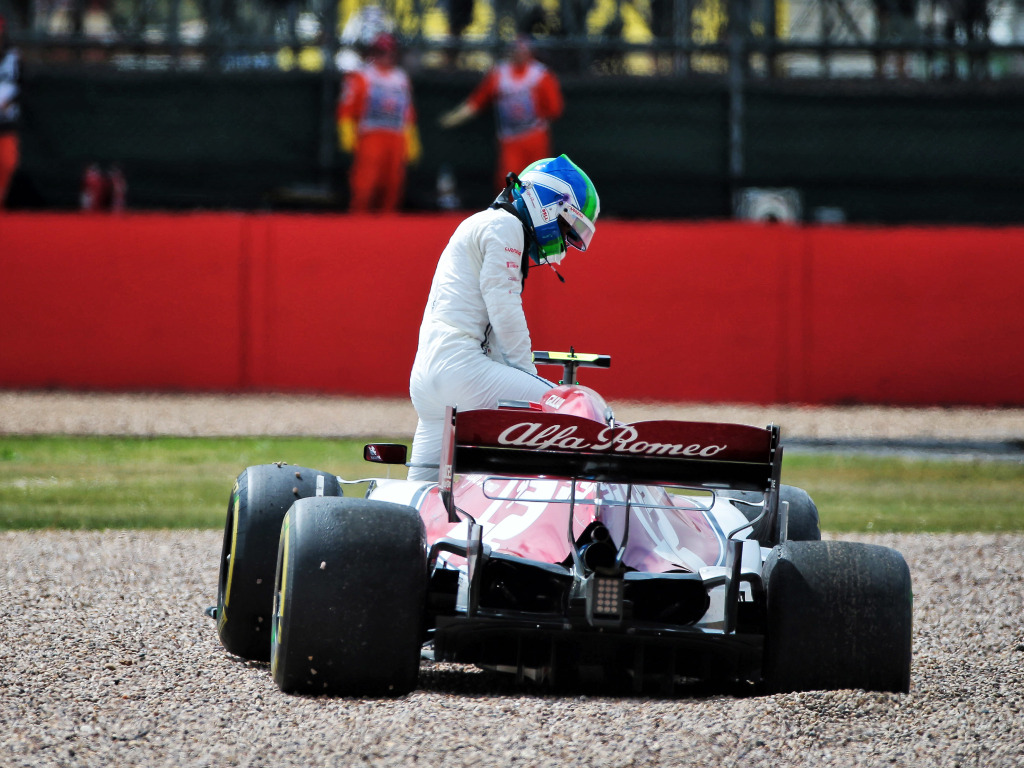 Despite lagging behind Kimi Raikkonen in the standings, Frederic Vasseur has denied that Antonio Giovinazzi is under pressure from either Alfa Romeo or Ferrari.

After a difficult start to the season with Giovinazzi seeming to suffer the bulk of Alfa Romeo’s reliability issues, the Italian bagged his first point of the campaign at the Austrian GP.

It was a momentous occasion for the Alfa Romeo driver as it was his first-ever F1 point.

Two weeks later he out-qualified his team-mate Raikkonen for only the second time this season but alas it all came to naught with an issue with the rear of his C38 resulted in his spinning off and out of the grand prix.

10 races into this season, Raikkonen has bagged 25 points whereas Giovinazzi has scored just the one.

Despite that Vasseur is adamant the 25-year-old is not at risk of losing his race seat.

“He’s matching Kimi on Saturdays now, we just have to calm down the situation.

“I’m not too worried, because he’s doing the job.

“He scored a point in Austria, he was in a good dynamic at Silverstone, he was again in front of Kimi.

“Honestly he’s not under pressure, from the team or anyone else.

“I will be patient.”