Home News Both Aston Martins to get the ‘big upgrade package’ 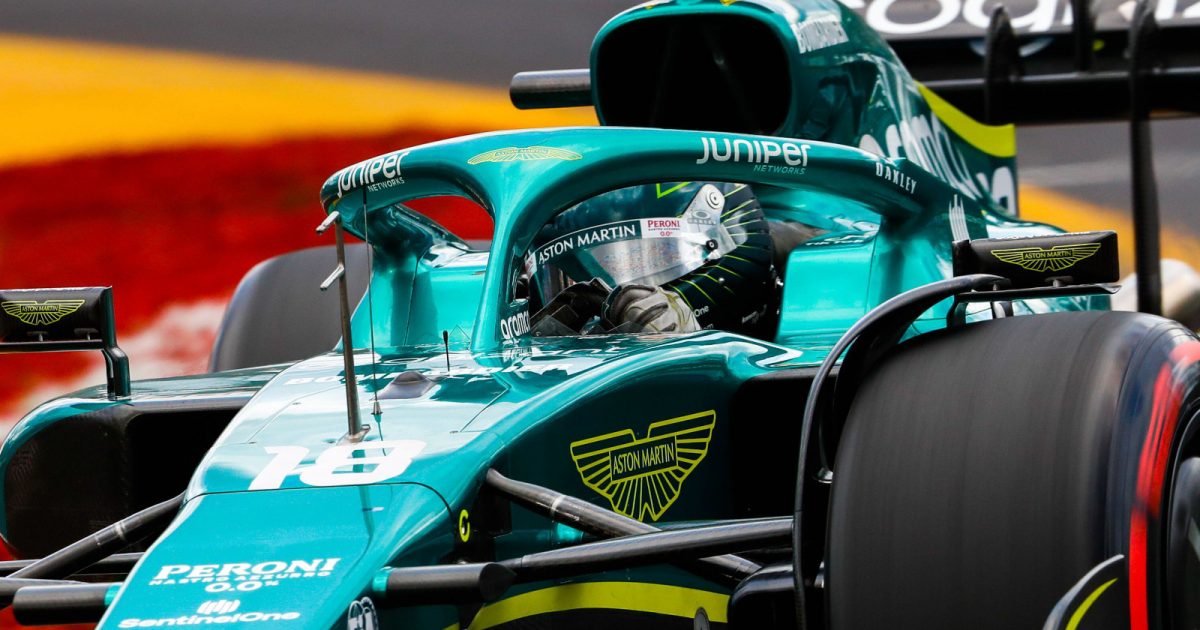 A new report has stated that both Aston Martin cars will be fitted with the major upgrade package in Spain, not only Lance Stroll’s.

Initially, a report from F1-Insider had claimed that Lance, son of team owner Lawrence Stroll, “would probably get the new parts” for Barcelona, not Sebastian Vettel.

The upgrade package is set to be a significant one, accounting for “half a new car“.

Auto Motor und Sport’s Tobi Grüner would confirm that the Aston Martin upgrade is a “big” one, but to his knowledge it will be fitted to both AMR22s, not just Stroll’s car.

“Aston Martin will also run a big upgrade package at Barcelona,” he wrote on Twitter.

“Both cars will be fitted with the full kit according to our information. Last parts to arrive at the track this evening.”

In addition to Aston Martin, Grüner also shared some key information on upgrades and modifications elsewhere in the paddock.

Alfa Romeo prepared a big upgrade package for Barcelona including a new front wing & floor. Wind tunnel data promises a big step. One car will have the full kit, the other will miss a few parts. #AMuS #F1 #SpanishGP pic.twitter.com/qN3QClyFl0

Alfa Romeo had already revealed that they would bring an upgrade to the Circuit de Barcelona-Catalunya, one which focused on the floor, but not exclusively.

Grüner revealed that the new floor and a new front wing was included in the package, for which “wind tunnel data promises a big step”.

“One car will have the full kit, the other will miss a few parts,” he added.

Meanwhile, down at McLaren, modifications were also on show.

Team boss Andreas Seidl had already confirmed that upgrades were coming for the Spanish GP, stating in the race preview: “We are bringing some upgrades to the car for the weekend.

“I know it’s been an extremely busy week or so for many of the teams making changes ahead of Barcelona, so it’s going to continue to be a tight fight for points.”

Grüner shared images which shed some light on these upgrades, showing new carbon fibre brake ducts which were fitted to the MCL36.

“The old titanium parts are finally gone,” he stated.

The Woking outfit suffered terribly with front-brake problems at the opening round of the season in Bahrain, but a quick fix allowed for progress to be made, the team growing stronger from there as Lando Norris picked up a best result so far of P3 at the Emilia Romagna Grand Prix.

The opening five rounds of the campaign have been dominated by Ferrari and Red Bull, Max Verstappen having claimed back-to-back wins at the most recent rounds in Imola and Miami, but the raft of upgrades throughout the paddock present the very real chance of a shake-up of the pecking order.