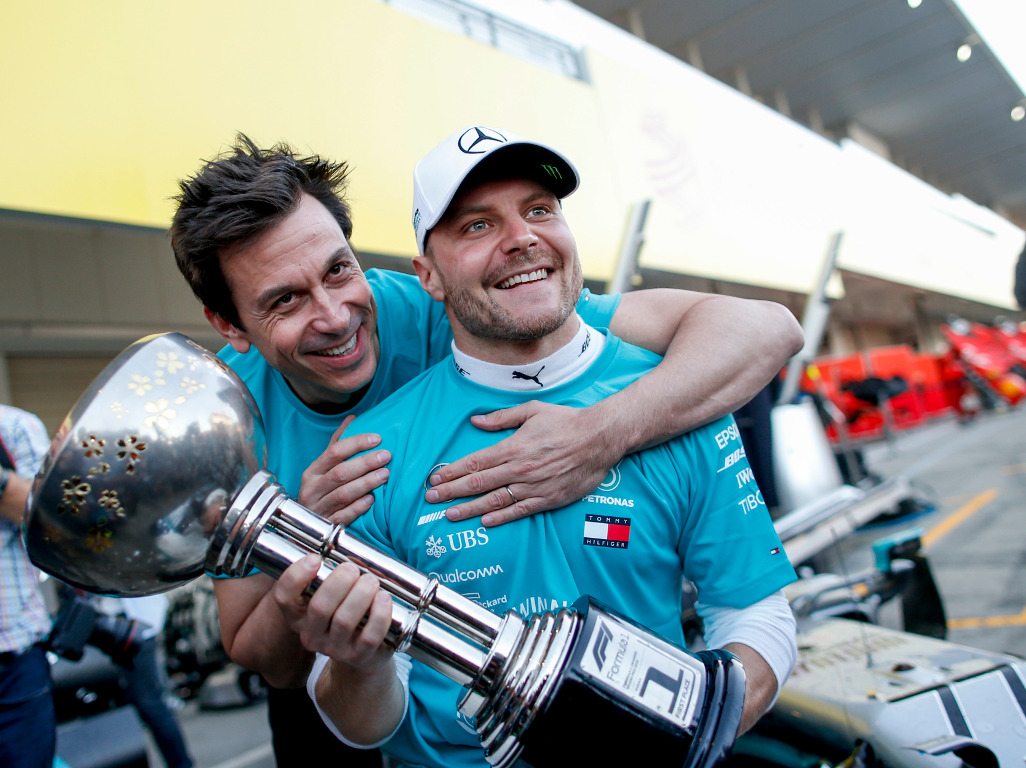 Valtteri Bottas will release version “2.77” as he looks to stop Mercedes team-mate Lewis Hamilton winning a seventh title in 2020.

The Finn enjoyed his best season in Mercedes colours in 2019, finishing P2 in the Championship, but when Bottas 2.0 showed up and dominated in Melbourne, it seemed like much more was possible.

Instead Hamilton slowly but surely ground down his team-mate’s title challenge, and Bottas has been forced to go away and formulate a new plan.

And it seems “Bottas 2.77” is what he’s come up with, though he expects the challenges from outside Mercedes to be much more fierce in 2020.

“The fact is, I think competition is only going to get tougher between the top three teams,” Bottas told Autosport.com.

“So, for sure beating Lewis is always hard, but it means also beating the other drivers.

“But I know I have the speed in me and the ability so I don’t think I need to make any miracles.

Further wins in Baku, Japan and Austin made 2019 Bottas’ most successful F1 season to date, so he rightly feels that he has taken a big step forward.

“It’s been a very good year of improvement all around,” he explained.

“Every part of what it takes to be a complete driver, what makes the difference to get the wins and the results, and I just need to continue the progress really with the team.

“I’ve been learning a lot about myself for sure from last year to this year, and from all the mistakes from last year. It’s been helping me to be a better driver.

“Obviously I’ve had many weekends this year that could have been a lot better, so there are many points we are going to review with the team and find the causes, why the pace was not there or why I did a mistake.

“We will really go deep into details and again I can learn from those.

“I can’t really point out one thing [we’ll look at] except the consistency of the season with my performance, what affects that, and that’s more in the fine details [that] I need to go through with the team.”

In the meantime, Bottas joked that his winter break from F1 will consist of “eating lots more porridge and looking for a porridge sponsor”.

There is of course his rally exploits too after the Finn won the Rallycircuit event at Paul Ricard in a Citroen DS3 WRC.