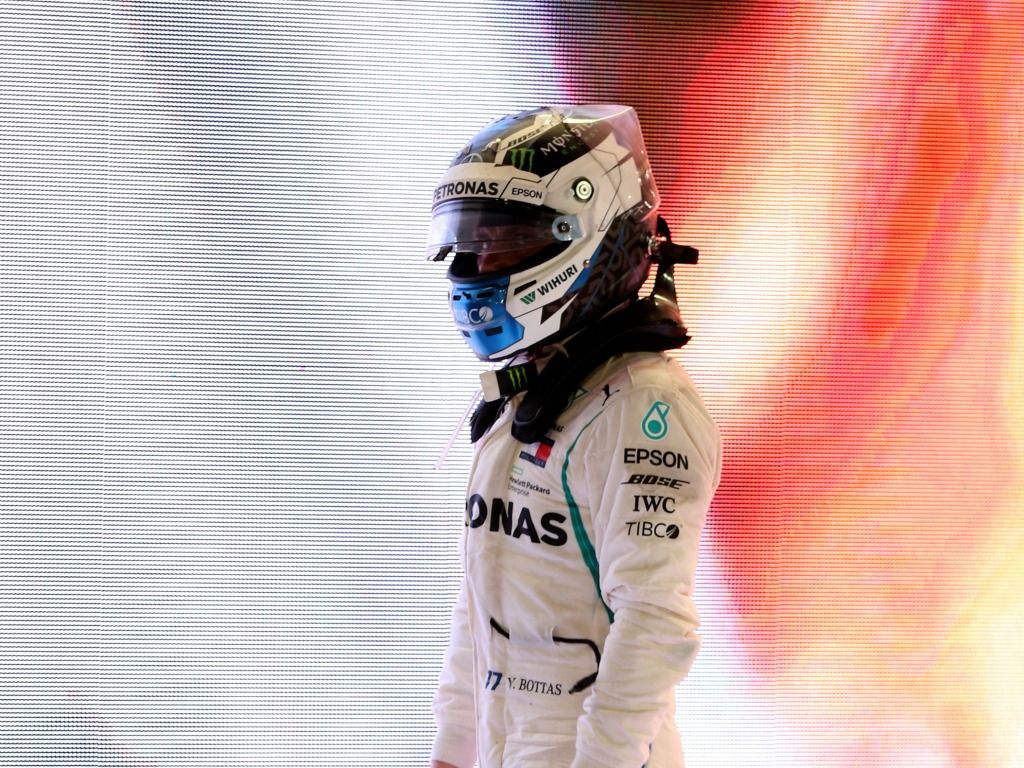 Valtteri Bottas has said his race day in Abu Dhabi summed up his 2018 season well after he slumped to a P5 finish.

Mercedes’ hopes of a 1-2 finish at the Yas Marina circuit suddenly unravelled when Bottas fell into the clutches of those behind in the latter stages of the race.

Whilst Hamilton powered to an 11th victory of the season, Bottas slid from P2 to P5 with Sebastian Vettel, Max Verstappen and Daniel Ricciardo all finding a way past the Finn.

Bottas has become the first Mercedes driver since 2012 to go the whole season without a victory, but said a slow puncture was the reason behind his slump down the field in Abu Dhabi.

“I think that race sums up my season pretty well,” Bottas said back in the Abu Dhabi paddock.

“I had a lock up into Turn five and in Turn eight when Max got close.

“I don’t know why, the team said they could see some issue but I don’t know what and then I touched with Max and there was a slow puncture and in the end… that was it really.

A tough evening under the lights for @ValtteriBottas, he has to settle for P5 at @ymcofficial #AbuDhabiGP 🇦🇪 #F1 pic.twitter.com/r16IThCwNG

Asked to summarise his season, he replied: “Honestly you’re asking that too early after the end of the year.

“I want to have some time off and time to think about things. It’s been a mentally tough year so I need some break.”

Bottas was also asked whether he has also started to try and find answers ahead of the 2019 campaign.

He added: “For sure it has been on my mind but after this kind of season I don’t have the energy to look too far away.

“I’m just going to take it easy for a while and then I start to look forward. For now it’s just difficult to see the positives but I will.”