Home News Bottas blames himself for falling behind Hamilton 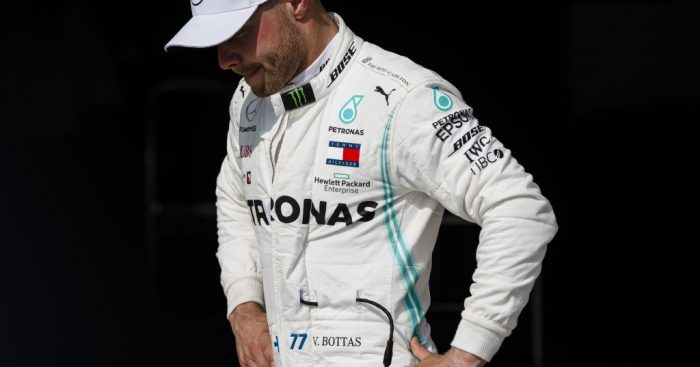 Valtteri Bottas says he is to blame for losing so much ground to team-mate Lewis Hamilton in the title race.

The Finn had a strong start to the season, winning two of the first four races and appearing to be in title contention, but he has since dropped off and is now 73 points behind his Mercedes team-mate.

“I haven’t thought in a way that ‘that’s it’, even though I know the facts and I would need to be very lucky as well to still be able to fight for the title,” Bottas told Autosport.com.

“It’s not done yet. But I can for sure blame myself as well for being that far [behind] in the points, in this situation, because Lewis has been better so far, more consistently.

“That’s how it is. Now we’re in this situation, I just focus on each weekend and the closer we get to the end, we’ll find out what happens with the points and where I finish.

“At least it’s going better than last year, at this point.”

Despite looking set to lose out to Hamilton again, Bottas believes he’s constantly closing the gap between himself and the Brit.

“It’s been pretty consistent but a step from last year, which is always what I like to see,” he added.

“But obviously I want to get closer and really working on those details to make it happen.

“The big thing is race pace and efficiency on the tyres, driving style in certain corners, certain circumstances.

“I’ve found a good way of working with the engineers now and it’s really improving and we can see my gap to Lewis in the performance is shrinking.

“You’d always like to do that quicker but I need that consistency and to get those few details still right to do it, but I believe I can in the future.”