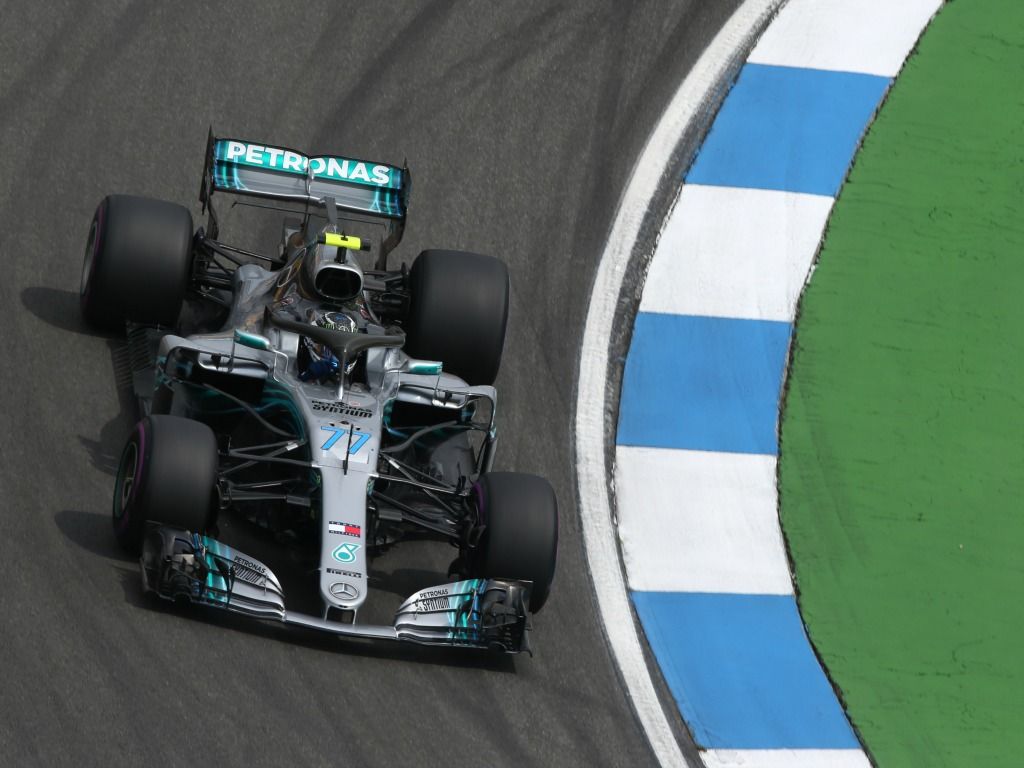 Valtteri Bottas qualified in P2 for the German Grand Prix but admitted that the Ferraris had the pace on Saturday afternoon.

For a brief moment, the Finn had pole position, but Vettel came storming through to take top spot by two-tenths of a second at the Hockenheimring.

“It was a tough battle for pole but I think, in the end, Ferrari were just quicker today, especially Sebastian,” Bottas said.

“As for my last lap, if I did the lap again there were hundred of a second here and there, maximum 0.1s, but they were just a bit too quick.”

With team-mate Lewis Hamilton suffering a hydraulics issue during qualifying, Bottas is the only Mercedes at the front.

“It is an important race for us as a team, it is one of our home races, for Mercedes and Daimler. It is a big one, but this is where we will start from, we need to make the most out of it,” the Finn said.

“At least I am starting second, it’s going to be a long race tomorrow and I’m sure Lewis can still come back to the first positions. We’ve seen many things happening, so we won’t give up and I’m still sure we can have a good result tomorrow.”