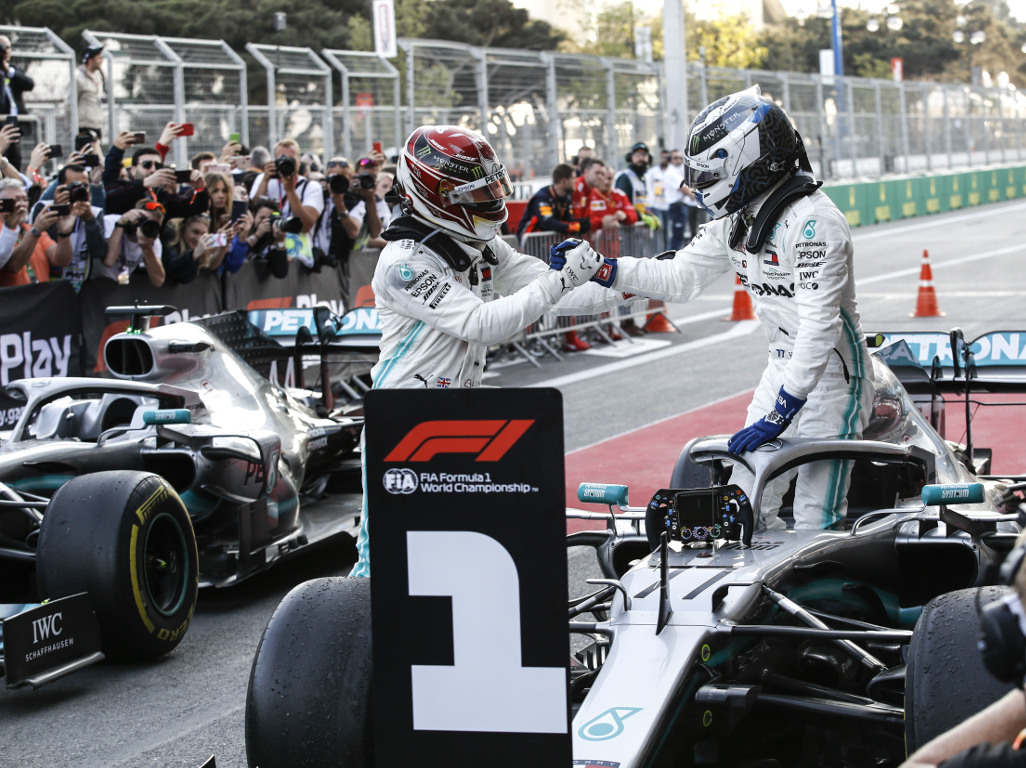 Having retaken the lead in the Drivers’ Championship on Sunday evening, Valtteri Bottas is hoping his fine form will lead to a “quick” agreement on a new deal with Mercedes.

After last year’s disappointments, both in the championship and in Baku, Bottas is slowly but surely banishing all thoughts of 2018.

Not only has he already taken two race wins in four races, but he is also taking the fight to team-mate Lewis Hamilton in the championship.

The Finn is leading the standings with 87 points, his fastest lap point from Australia the difference between the Mercedes drivers.

But while Hamilton has a guaranteed deal for next season, when Bottas re-signed with Mercedes last year it was for this campaign with an option for 2020.

The 29-year-old has yet to begin talks with Mercedes about that option but he hopes that when he does the negotiations will be done and dusted “quickly.”

“I haven’t thought about it, at all,” he told Sky Sports.

“I’m just really focused on this moment right now, fighting for every single victory and for this championship.

“The talks will come when they come, and when they start I hope they will be done with soon rather than dragging on.

“We haven’t talked a single word about next year yet because there’s no need to, we’re focusing on our job.

“When that’s going to happen, I hope that we can agree quickly. It’s all good.”

As for whether 2019 will be the season in which he finally claims his first World title, Bottas 2.0 joked: “There are only 17 races to go… not that many!”

He added: “Definitely the good results [give me] confidence, with everything I’m doing.

“It gives guidance that I’m doing something right.”