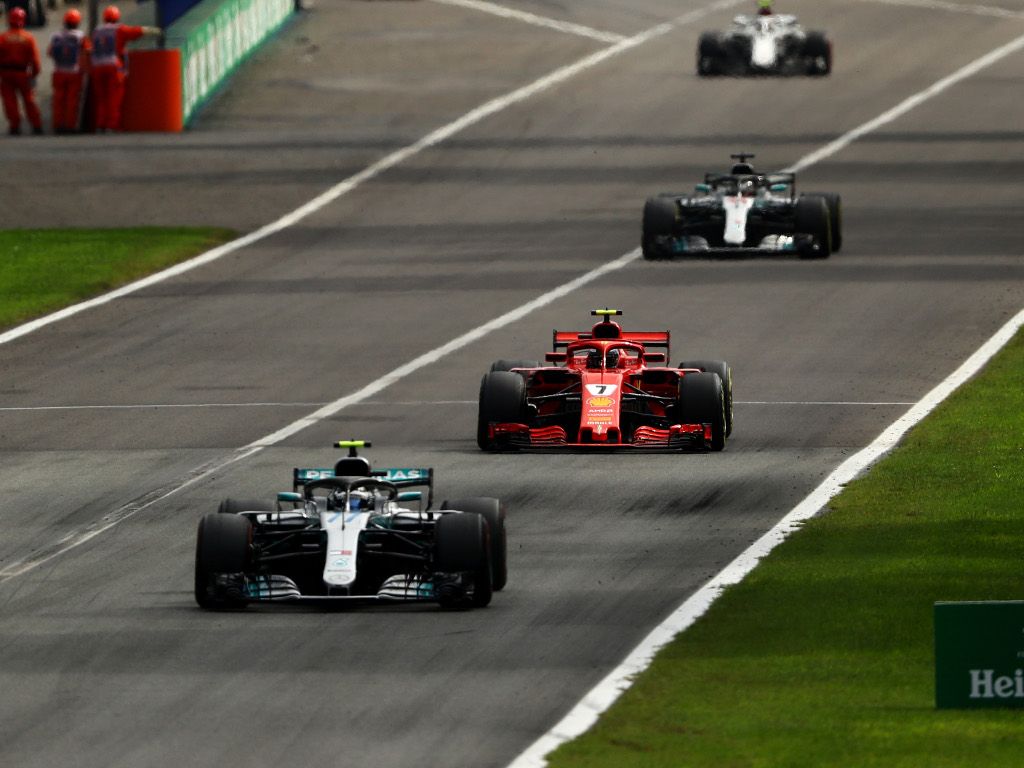 Dubbed a “sensational wingman” earlier this season, Valtteri Bottas says his Italian GP was not “sacrificed” in order to help Lewis Hamilton on Sunday.

Running fourth to Hamilton’s second on the day, Bottas was elevated into the lead at Monza when those ahead of him pitted.

Rather than follow his team-mate into the pits for fresh rubber, Bottas was ordered to “keep Kimi behind you” – and that’s exactly what he did.

The Finn took up the role of moving bollard as he held up Raikkonen for several laps, allowing Hamilton to cut the Ferrari driver’s advantage from seven seconds down to one.

It is not the first time this season that Bottas has played such a role, dubbed a “sensational wingman” by Toto Wolff after the Hungarian Grand Prix.

However, Bottas, who finished on the podium, insists his Sunday at Monza was not sacrificed for Hamilton.

“When we went through everything, all the scenarios for the race, we saw that with me starting fourth and Lewis form third behind the Ferrari, we saw no point for us to try and opt for the optimal strategy and saw an opportunity for me to go long,” Bottas explained.

“I think, in the end, it was good for me to have fresh tyres to attack in the end and also, at the same time, it benefited Lewis, helping the team.

“I wouldn’t call it sacrifice my race, because the pit window here is so big with the tyres we had this weekend.”

Prior to the Italian GP weekend Mercedes had spoken about the possibility of issuing team orders in favour of Hamilton given his championship battle with Sebastian Vettel.

Sunday’s result saw Hamilton extend his lead over the German to 30 points.