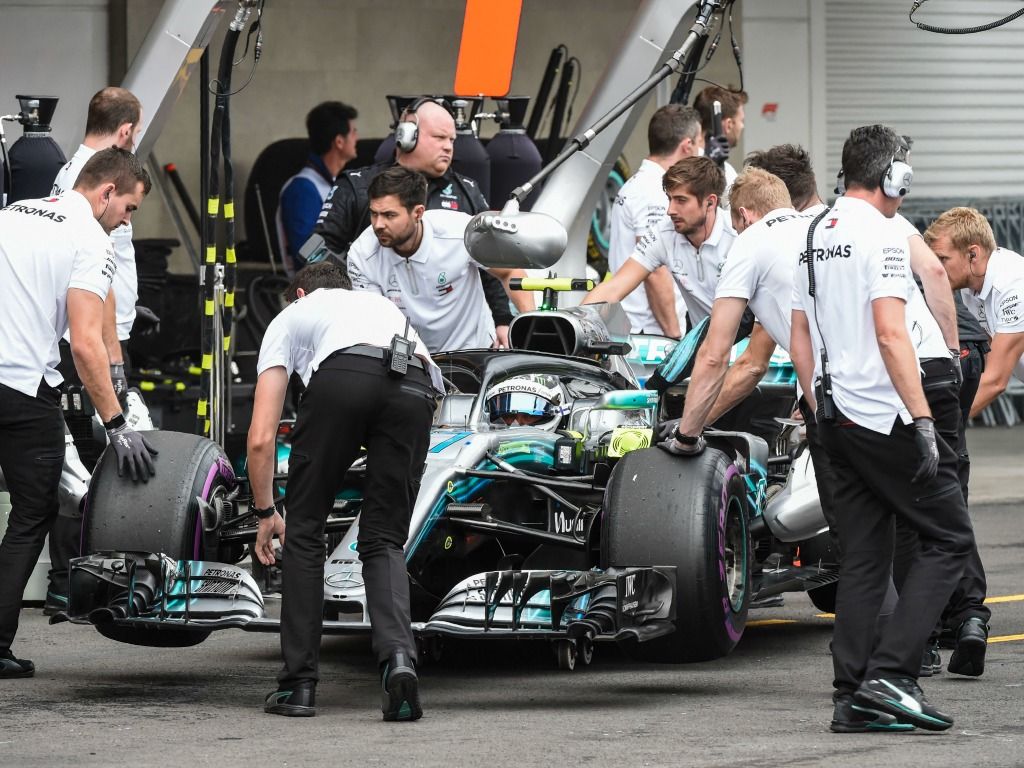 Valtteri Bottas has heaped praise on his Mercedes mechanics, after they changed his engine in between practice and qualifying.

In the first two practice sessions of the weekend, the Finn did not feature in the top five, and he then suffered a hydraulics issue in FP3.

However, after a quick turnaround by the Mercedes mechanics, his W09 was ready for qualifying on Saturday afternoon.

Despite the turnaround, the Finn was not pleased with only just getting into the top five.

“Yeah, a really impressive job by the team getting everything in within one and a half hours, and everything felt good with the car so thanks to the team for that,” Bottas said.

“We also managed to improve a lot from yesterday with is positive, but still not quite happy with fifth.”

The Finn, who is still yet to win a race in 2018, believes that it was down to getting the tyre working as to where their improvements came from.

“I think we managed to really operate the tyre, especially the front tyres, we used them better,” he added.

“I think we just lacked some front grip yesterday and we managed to improve that.

“Also set-up wise, mechanically big changes and also with the power unit. We managed to make it better.

“I think yesterday we struggled more with the effects of high altitude and high temperatures.”

Despite only making the third row of the grid for Sunday’s race, Bottas believes he still might have a chance with the long run down into Turn 1 and beyond.

“Yeah, for sure, it is going to be a long race, and we are going to have a good race with Ferrari,” the Finn continued.

“Red Bull seem strong but you never know so I am sure it is going to be an interesting day tomorrow.”