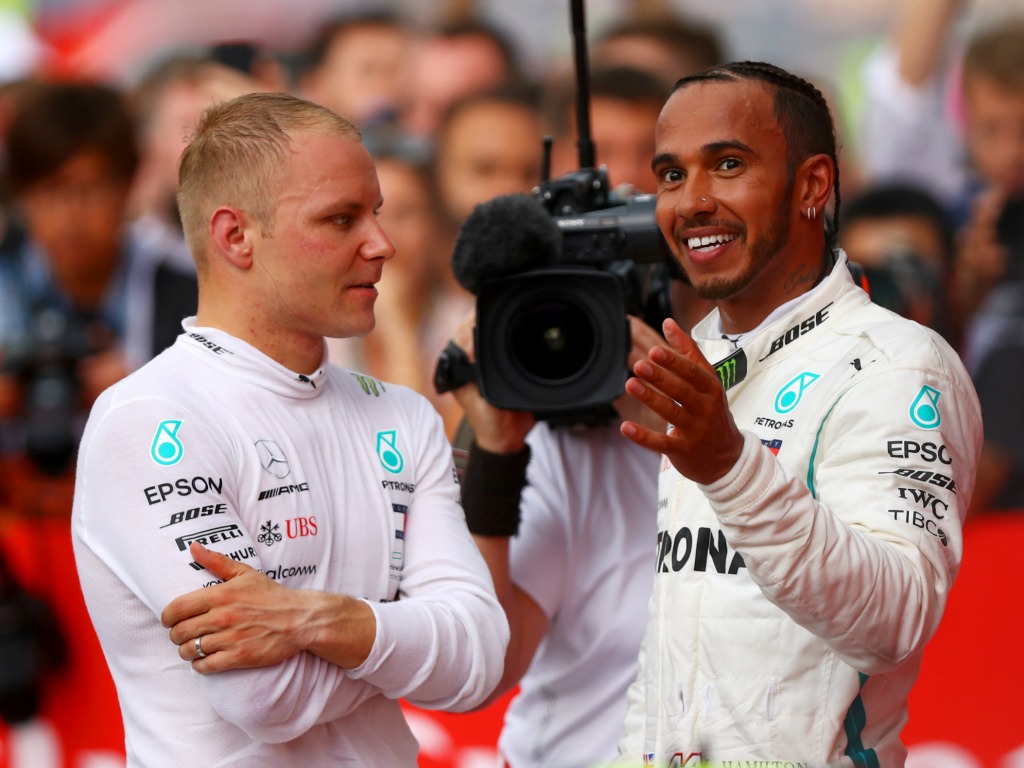 Valtteri Bottas has said that he has accepted Mercedes’ decision to call off the battle between himself and Lewis Hamilton at the German Grand Prix.

The pair went toe-to-toe after the Safety Car restart, but the fight was called off after the pair had fought for the lead.

The Finn said that he had not argued the decision as he had not been able to get past his fellow Mercedes man anyway.

“From my side, no hard feelings on the call. It made complete sense for me,” Bottas said.

“We had the battle in the first lap [after the Safety Car], that was it. I had already lost the race before that with the Safety Car. For me it was really bad timing so it didn’t really go my way.”

The Finn did admit that the pair had been allowed to race immediately after the restart, though.

“Here you need quite a big pace difference to overtake and being more or less on equal tyres it would have been really tricky.”

The timing of the Safety Car really put pay to the Finn’s chances of a first race win in 2018.

“As a driver, the win is that you are looking for and when Seb [Vettel] went off I thought ‘now is a good chance’. But I think for Lewis, the Safety Car was better timed, he could stay out, I had to stop.”

Bottas could have been handed the race win had the stewards given Lewis Hamilton a timed penalty for his pit lane swerve, but the race result stood as the Brit was given just a reprimand.