Home News ‘Bottas not out of fight but must change style’ 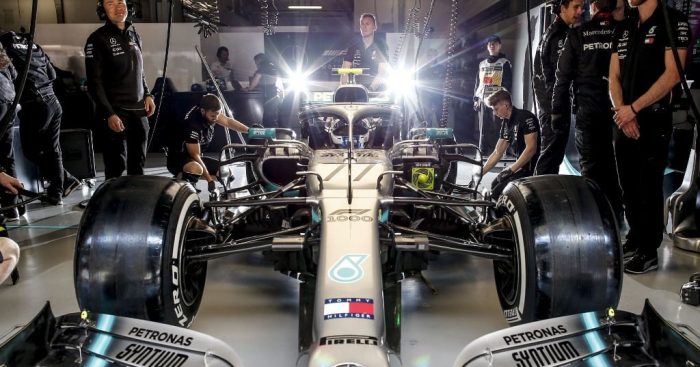 Toto Wolff is adamant Valtteri Bottas isn’t out of the title race but he says his driver needs to “change his driving style” in order to beat Lewis Hamilton.

Bottas was second best at Mercedes when it mattered most at the French GP.

He qualified P2, slotted into second at the start of the race and crossed the line as runner-up to Hamilton to take just 18 points from Paul Ricard.

As such Bottas is now 36 off the pace with many wondering if his title challenge is over.

Wolff says it is not.

“With a decent start in some of the last races he could have won two of them, and he knows that,” said the Mercedes motorsport boss.

“So I’m optimistic that Valtteri just needs one good weekend in order to come close to Lewis and not let him run away with the championship.”

Wolff, though, conceded that Bottas may have to “change his driving style” in order to do that.

He added: “Valtteri has shown great pace on the single lap (qualifying), I think he’s ramped up his game tremendously from last season to this season.

“Now the second weakness that he needs to tackle is the tyre management. And he’s very aware of that where he needs to improve.

“There are tracks where he’s as strong as Lewis, or has been stronger, where it’s not rear-limited.

“On the tracks where that is more of a factor, he just needs to change his driving style.

“That is not trivial for a racing driver, but he has all the abilities to do that.”