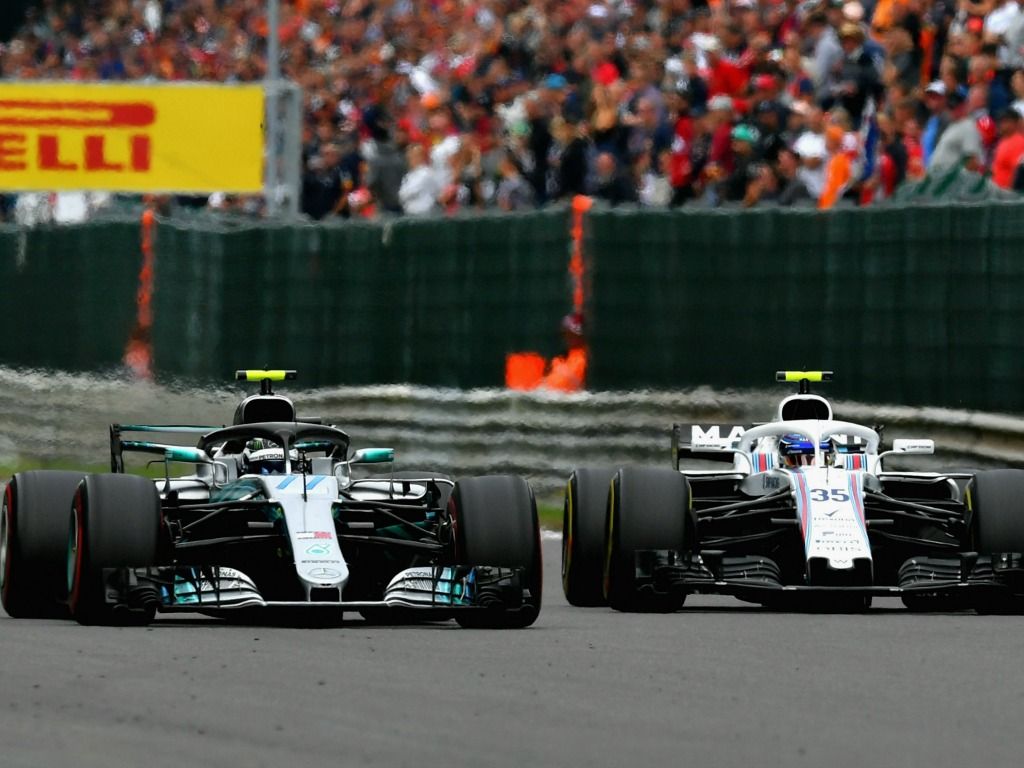 Valtteri Bottas was given a five-second penalty and two penalty points for causing a collision with Sergey Sirotkin at the Belgian Grand Prix.

All the focus at the start of the Belgian Grand Prix was on the fight for the race lead between Sebastian Vettel and Lewis Hamilton as well as the huge crash involving Fernando Alonso at La Source.

But in the chaotic start, Bottas had also hit the Williams driver, damaging both his and the Russian’s car in the process as he tried to recover from a P17 start due to engine penalties.

The resulting Safety Car for the crash at La Source allowed Bottas to pit for repairs and not lose too much time as he came through to finish P4.

A result he is able to keep despite the timed penalty been given to him by the stewards.

Job done. From the back to P4! Big, big performance from @ValtteriBottas! #BelgianGP 🇧🇪 #F1 pic.twitter.com/NQlukU0S9M

“The driver of car 77 [Bottas] admitted the collision was his fault, that he had completely misjudged the situation and that the braking of car 35 [Sirotkin] caught him by surprise and that he should’ve left more margin,” the stewards’ noted.

“I was hoping to maybe get the chance to be on the podium, but I had a collision going into Turn 1 which damaged my front wing,” Bottas said. “After that P4 was the maximum we could get.

“I actually quite enjoyed the drive today, as I got to overtake a lot of cars. My favourite moment was probably the pass in Eau Rouge – that was a lot of fun.

“Unfortunately, we couldn’t win the race today, but we scored more points than Ferrari, so that’s one positive.

“They looked really strong this weekend, both in qualifying and in the race. We made a step forward with our engine for this weekend, but the Ferraris are still quicker so we need to keep pushing.”

Bottas is now up to four points on his license for the current 12-month period, but the 12 World Championship points he collected at Spa has helped Mercedes extend their lead to 15 points in the Constructors’ standings.