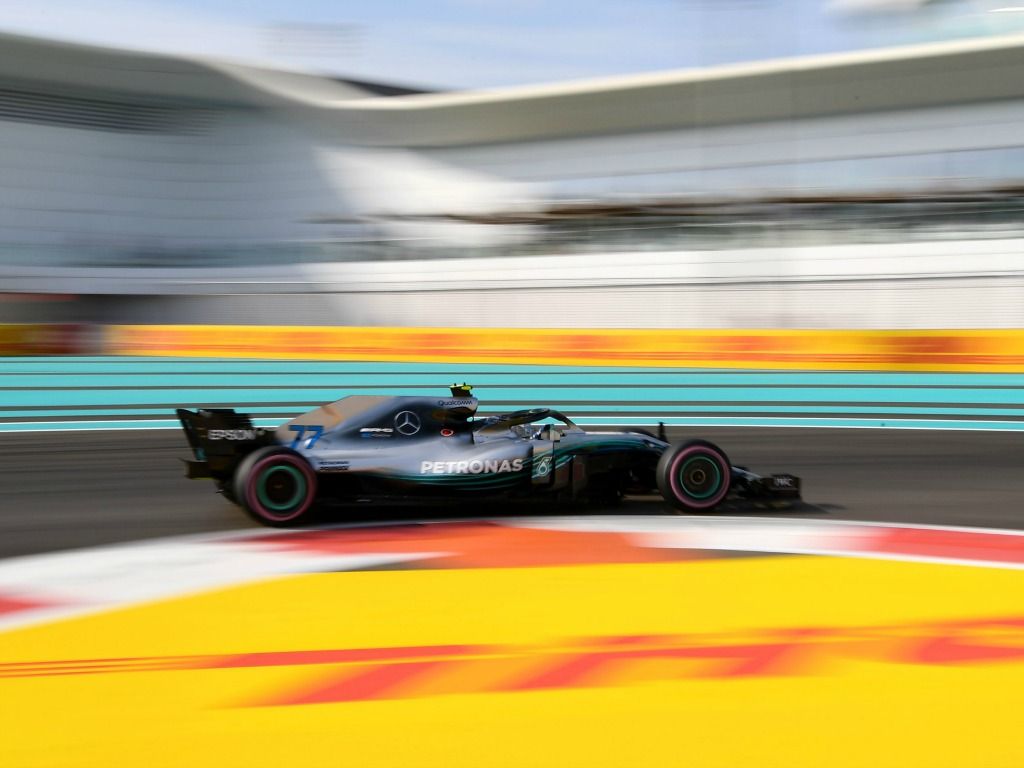 Valtteri Bottas put in the quickest time on the opening morning of the end of season Pirelli test in Abu Dhabi.

The Finn clocked a 1:37.231, three seconds slower than the pole time on Saturday, to top the timesheet after the first four hours of running.

Sebastian Vettel ended the morning in second place, but the morning session was not without its troubles for the German.

He span off at the first corner of the Yas Marina circuit, bringing out a brief red flag period as the marshals had to repair the barriers.

Max Verstappen was also in the 1:37s, but over half a second slower than the Mercedes, while Sergio Perez finished the morning in P4.

The Mexican was the busiest of the ten drivers in the morning session, with 61 tours of the Yas Marina complex completed.

Nico Hulkenberg kept his Renault on its wheels in Abu Dhabi and did a half-century of laps, while Kimi Raikkonen got his first taste of the Sauber garage for 17 years.

The Finn could only manage 39 laps in the morning session, and was second-slowest out of the ten runners.

Ahead of him were three men that raced in the Formula 2 series in 2018. George Russell went into lunch in P6 in his first outing in the Williams.

Sean Gelael drove the Toro Rosso, with neither Daniil Kvyat or Alexander Albon in Abu Dhabi for this morning’s running.

Lando Norris had his first running on the 2019 tyres in the McLaren, and almost completed 50 laps of the circuit this morning.

Haas had Pietro Fittipaldi in their car, but it was not a great morning for the young American, whose first taste of Formula 1 was abruptly ended when the Haas broke down.

He could only manage 18 laps, and was five seconds off the pace of the Mercedes.

This test is being conducted for the teams to have some running on the 2019 tyre compounds, whilst also being able to use the 2018 sets to compare and contrast between them.

Despite this, not much information is given out from trackside, so we are unable to say which tyres the drivers were on when they put their best laps in.