Home News Bottas warns Hamilton ‘it’s not over yet’ 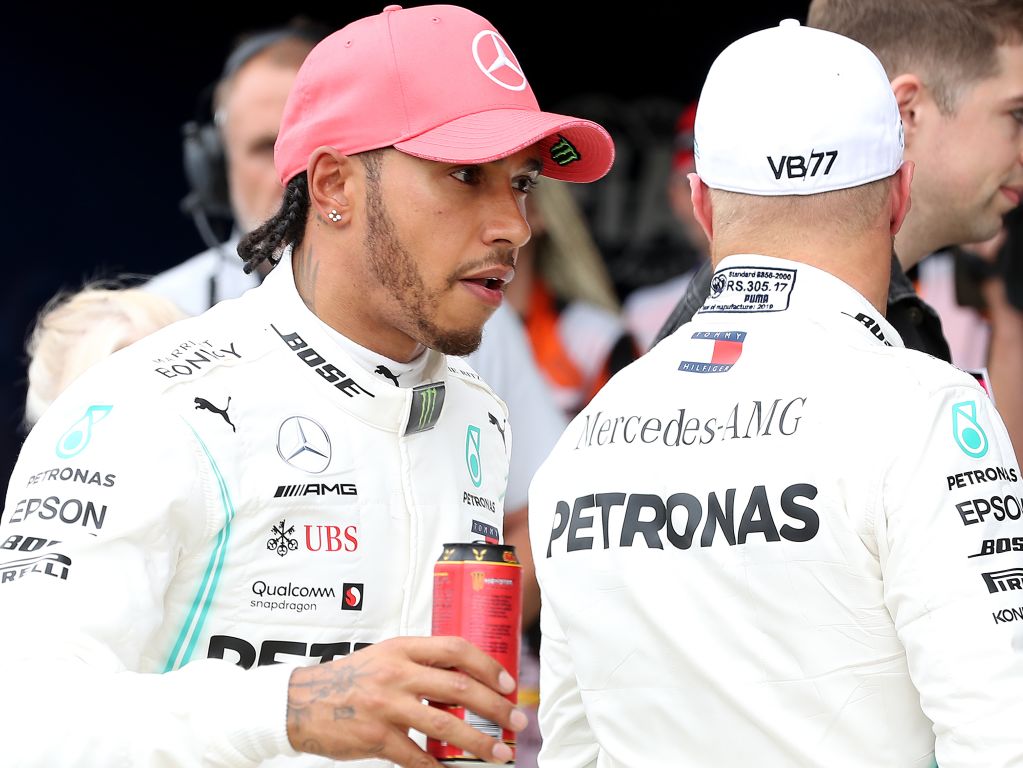 Valtteri Bottas was left disappointed with P2 at the British Grand Prix, but warned Lewis Hamilton that their battle is “not over yet”.

Antonio Giovinazzi beached his Alfa Romeo in the gravel, forcing the SC to be deployed while the recovery truck went to work.

Bottas, who was leading the race had already made his stop, but the incident allowed team-mate Lewis Hamilton a free pit stop as he emerged ahead of Bottas and went on to win a record sixth British Grand Prix at Silverstone.

However, the Finn warned Hamilton that after a “good fight”, their battle is still “not over yet”.

“I don’t know what to say, congratulations to Lewis, massive support for him over here,” Bottas told Sky Sports F1’s Jenson Button after the race.

“I stopped first and I was controlling the pit stop gap so I was still effectively leading the race until the safety car.

“Lewis got a free stop there. I also went onto the mediums which meant I had to stop again at the end so that was pretty much it. Not really my day but at least the pace was good.

“There are some positives, we were the quickest on the track and the race pace was good today. We had a good fight and it’s not over yet.”

Hamilton experienced glory on home soil for a sixth time, but he claimed “it still feels like the first time”.

“I can’t tell you how proud I am to be here,” he explained.

“I couldn’t have done it without my team. Everyone back at the factory, their wives and their kids, they’re so supportive the whole time they’re away, how dedicated they are to their jobs.

“There are 2,000 people in the team that make it possible, I’m just a link in the chain. I value them massively and am super proud to be a part of this.”