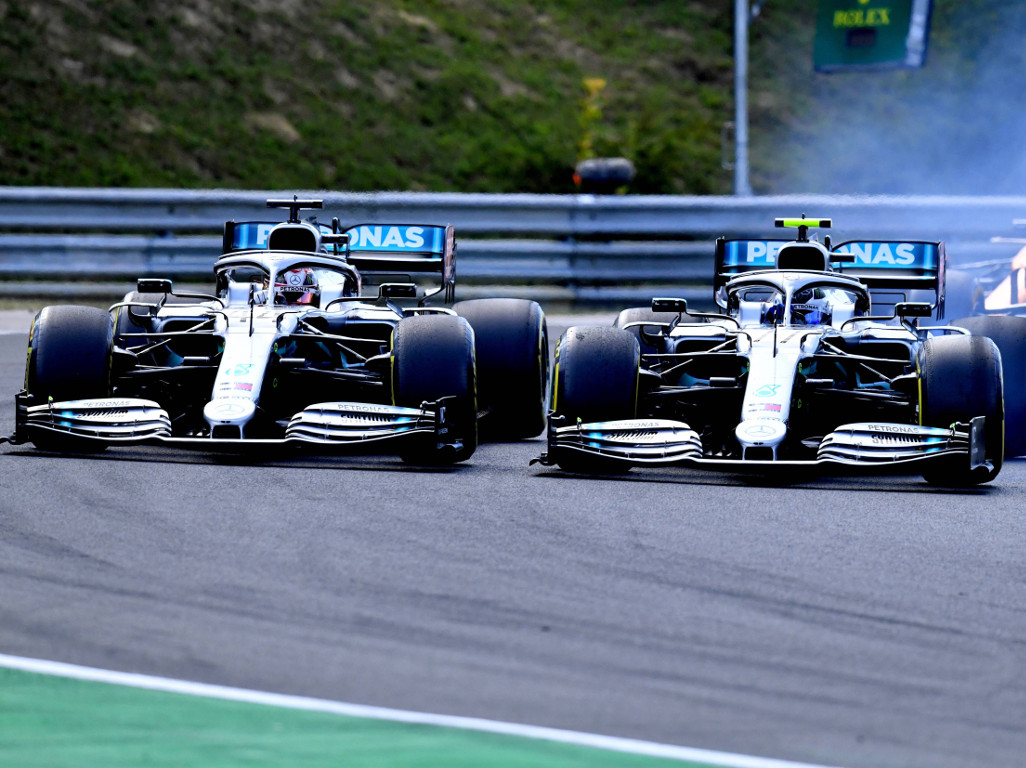 Valtteri Bottas says he will “think differently” the next time he’s wheel-to-wheel with Lewis Hamilton after feeling his team-mate compromised him at the start of the Hungarian GP.

Starting P2 at the Hungaroring, Bottas attempted to take the lead off Max Verstappen only to lock up, not once but twice.

That left him vulnerable to attack from the fast-starting Hamilton, who went around the outside of Bottas, squeezing him for space.

The Brit took second and Bottas fell to third where he was then attacked by Charles Leclerc, clipping the Ferrari’s rear wheel and damaging his own front wing.

Bottas says next time he may take a different approach when racing Hamilton.

“That’s how it goes,” he told Autosport.

“We’re also here as a team, we want to maximise the points, and we don’t want to compromise that side of things.

“Racing can still be good, even though you don’t push others off the track, if you do it nice and fair and hard, there still can be good respect.

“Turn 3 was a bit on the limit, [Lewis] didn’t leave much room, and next time in Turn 2, where I lost, I’ll think differently.

“But we both still have respect, and we know the limits.”

As for team boss Toto Wolff, he feels Mercedes’ instance that their drivers leave one another space left Bottas open to the charging Hamilton.

“We discussed this in the team,” he said.

“Even if the stewards deem the Leclerc and Verstappen incident at Austria correct, we don’t deem it correct within the team.

“We leave space. So we knew that wasn’t going to happen.

“It was just a really unfortunate half lap for [Valtteri].

“There is an outside line outside Turn 2, and if you stick your nose out there and you are able to hold the position through the corner you are on the inside.

“We’ve seen it with the Toro Rossos and in Formula 2. The outside is a possible line.”