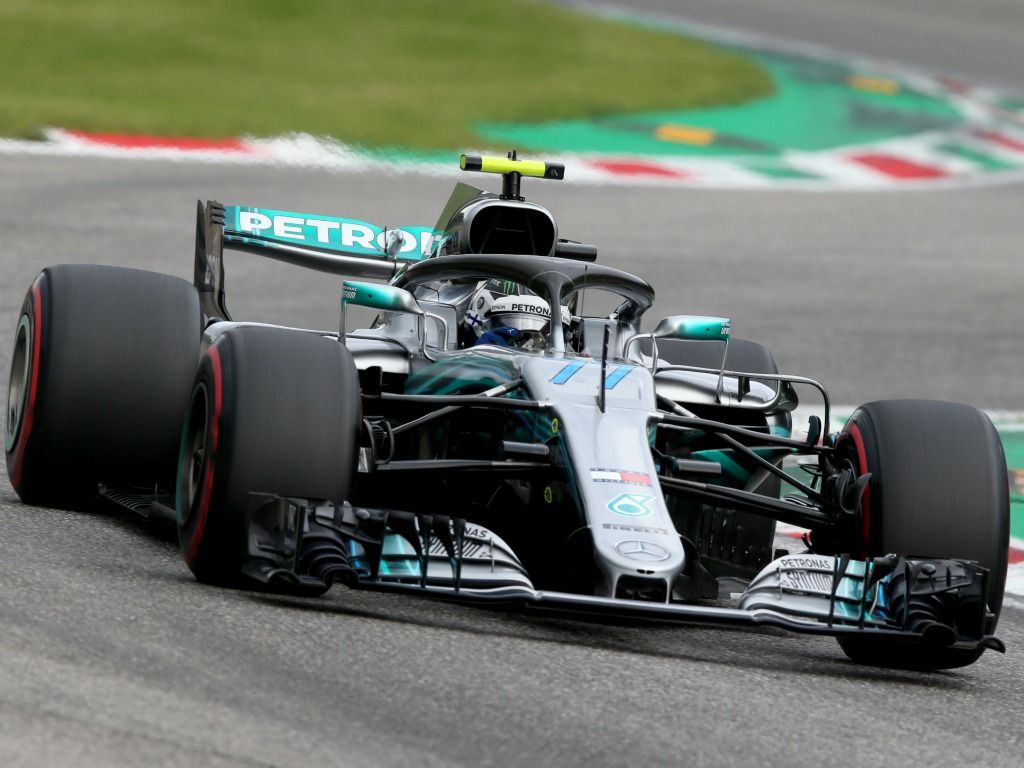 Valtteri Bottas is still yet to win in 2018, and has said that his winless run is both “disappointing and amazing”.

The Finn is almost one-hundred points behind his Mercedes team-mate Lewis Hamilton, having had sure-fire wins taken from him.

An Azerbaijan victory was in the bag until he suffered a race-ending puncture in the final few laps.

Strategy then could have cost him victory in China, Great Britain and Germany. Those wins could have seen him challenging for the title.

“For me, it’s quite disappointing and amazing that I haven’t won a race this year,” Bottas said.

“It’s been quite close many times, especially in the first third of the season.

“I really want to win races, that’s why I’m here.”

The Finn believes that the unpredictability of the upcoming Singapore race could bring him his first win of the season.

“You never know. You saw what happened last year!” he added.

“It’s racing, and we go there with the mindset that anything can happen.

“Hopefully we can be more competitive there than we were last year, compared to other teams. It is tricky at the moment.

“The Ferrari is quick everywhere. Red Bull will be quick in Singapore.

Bottas has already said that he will help Lewis Hamilton in his quest to win a fifth title, if he is required to help.

“I don’t think the only way the next few races is that Lewis is secure in the title,” the Finn continued.

“If I have a good pace, a good qualifying, I’m strong in the race, I think I can definitely win – but for sure it’s a bit more simple if Lewis secures the title.

“I don’t really want to think about it too much. As long as I perform well, then hopefully I will get the results I deserve.

He may be needed to help against the Ferrari challenge, with the Scuderia looking like the quicker package at this point in the season.

Bottas, though, believes that Mercedes can still fight them, and it depends on tyre usage from race to race.

“It is not much. I think they have a little bit more power, more straight line speed, and in the corners the difference is minimal,” Bottas added.

“In Spa, we were blistering the tyres, then [in Monza] Ferrari was and we weren’t.

“It is very close – there is not much in the cars, so it definitely will be interesting seeing in Singapore if we have made improvements for that kind of track, but I think all the tracks coming up it really depends how good the upgrades we are bringing are going to be, and which upgrade they are going to bring.

“Any small gain is going to be a big benefit.”