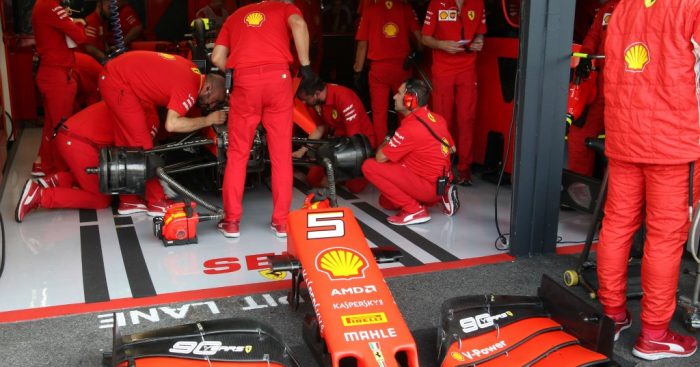 The summer break has come at a good time for Ferrari, but Ross Brawn believes once we get going again then the Scuderia needs to win to “prove that it has the potential to be a championship contender”.

Twelve races into the 2019 season and Sebastian Vettel and Charles Leclerc are yet to officially register a race win as the former did take the chequered flag at the Canadian GP before he was demoted to P2 after a time penalty.

And they were no closer to breaking that duck in Hungary over the weekend as Vettel finished third and Leclerc fourth, both well off the pace of race winner Lewis Hamilton from Mercedes.

However, Ferrari are hopeful of bouncing back after the break and F1 motorsport managing director Brawn says the Italian outfit have to get the monkey off their back.

“The summer break has probably come at just the right time because I’m well aware of how the pressure can build on Ferrari when things aren’t going well,” he wrote in his post-race column.

“It won’t do any harm to take a breather and recharge the batteries.

“Then, once the racing starts again, the aero requirements of Spa and Monza could put Vettel and Leclerc right in the fight again, considering the aero efficiency of their cars.

“Ferrari badly needs a win, not so much for their championship aspirations, but as a morale booster, to prove that it has the potential to be a championship contender, an obligation it has always been under.”