Home News Brawn: Mercedes would win the title by Monza 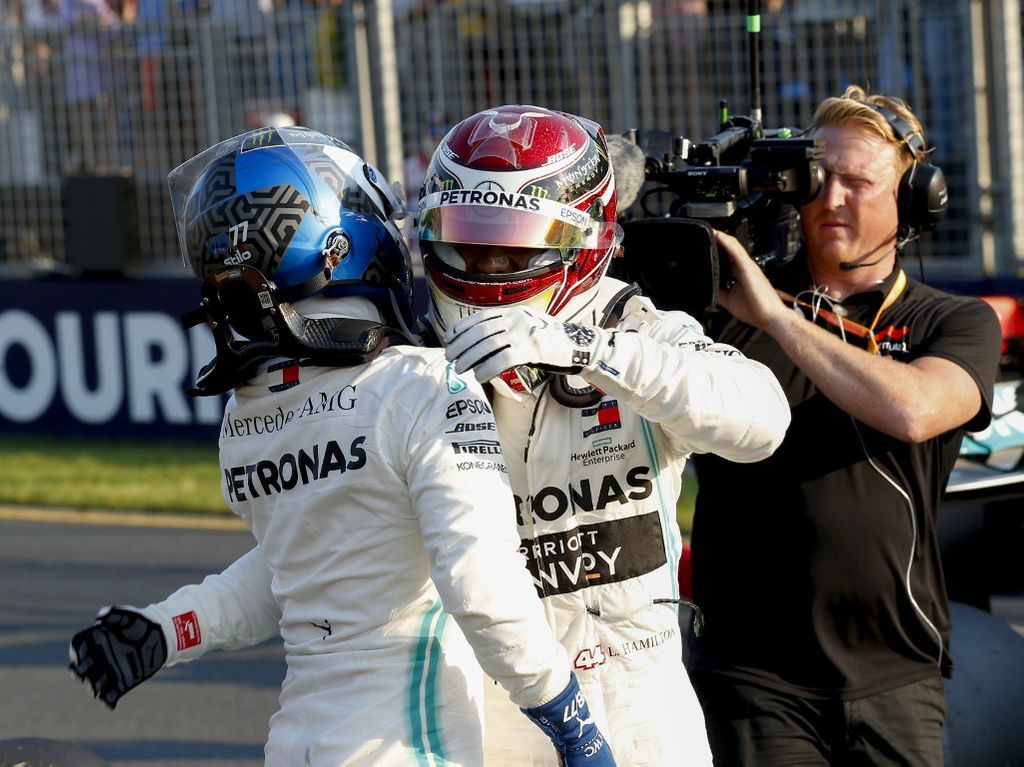 Claiming a sixth 1-2 finish of this season at Sunday’s French GP, Ross Brawn fears Mercedes could wrap up the Constructors’ title as early as Monza.

Lewis Hamilton raced to the victory in France, taking the chequered flag ahead of his Mercedes team-mate Valtteri Bottas.

It was the Brackley team’s sixth 1-2 of this season and Mercedes’ 50th in Formula 1.

It also gave them a 140-point lead over Ferrari in the teams’ standings.

“If Mercedes keeps up this pace it could seal the Constructors’ Championship by Monza, with a third of the season still left!” said Brawn.

“Let’s be clear: Lewis, Valtteri and Mercedes are not to blame for a season verging on perfection, and it should be obvious that the rule changes we want to introduce are not directed against a team that is rewriting the record books.

“But we must all understand that the sport we love needs more competition, so that other teams can also aspire to podium finishes and it is not just a few powerful teams that dominate.”

The F1 Sporting boss acknowledged that the problem lies with the rules, which played out in rather boring circumstances in France.

Hamilton won by 18s over his team-mate and lapped all but five drivers.

Brawn added: “We’ve been saying for a long time that there is a need for change and the numbers don’t lie.

“After the French Grand Prix, the eighth race of the season, the seven teams classified from fourth to 10th place in the Constructors’ Championship have amassed a total of 143 points, less than half the amount accumulated by Mercedes and just six more than the total amassed by third-placed Red Bull.

“At Paul Ricard just five drivers avoided being lapped by Hamilton and only one of them, Carlos Sainz, doesn’t drive for one of the three top teams.”