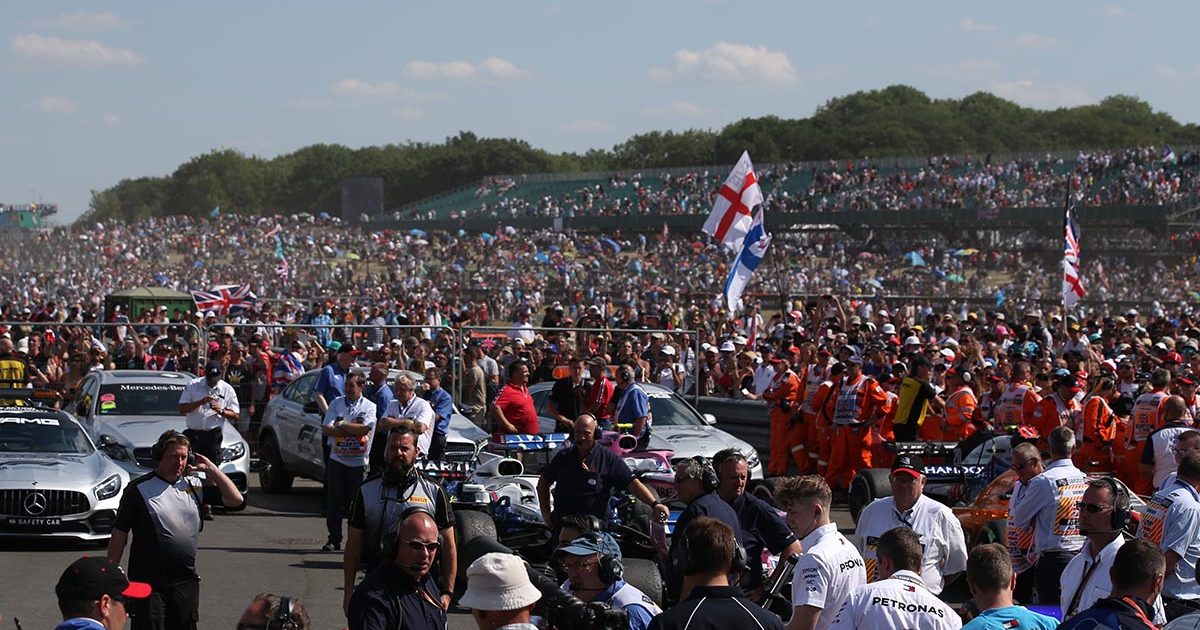 Following the delay in lifting of restrictions in the UK, Silverstone are discussing the possibility of a capacity crowd with the government.

It had initially been hoped that Silverstone would be able to have the race take place in front of a capacity crowd as mass gatherings were originally going to be allowed again from June 21 onwards.

However, as has been expected in recent days, the government has announced the date has been pushed back to July 19.

With the race taking place on July 18, that would mean, in line with the current measures in place, only 25% of the full capacity could be filled, around 30,000 fans.

However, there is still some hope that the crowds will be able to be much larger than that.

It has been confirmed the event is part of a pilot scheme, the Event Research Programme.

These events will be allowed to welcome a higher number of fans than current restrictions allow so that the government can better understand transmission rates at indoor and outdoor events.

“We want to gather further evidence on how we can open up all big events safely, and for good,” said Culture Secretary Oliver Dowden.

“The expansion of trials of the NHS App and lateral flow testing will mean that bigger crowds will be able to attend a limited number of major sporting and cultural events early this summer as part of our Events Research Programme.

“In the next few weeks, this means more fans enjoying the Euros and Wimbledon, and some of our biggest cultural and sports events.”

Just how many fans the government will be allowed to attend the race at Silverstone is still unclear, but the circuit has announced talks are ongoing and they’re confident that they’ll be able to welcome a capacity crowd.

“Following today’s announcement confirming that the easing of lockdown restrictions will be delayed by four weeks, we’d like to reassure you that we remain confident fans will be back at Silverstone for the 2021 Formula 1 British Grand Prix in July,” a statement read.

“Our ongoing discussions with the Department for Digital, Culture, Media and Sport, as well as Public Health England, are positive. We will communicate the full details with you once we have them.”

A final decision and announcement is expected to be made later this week.