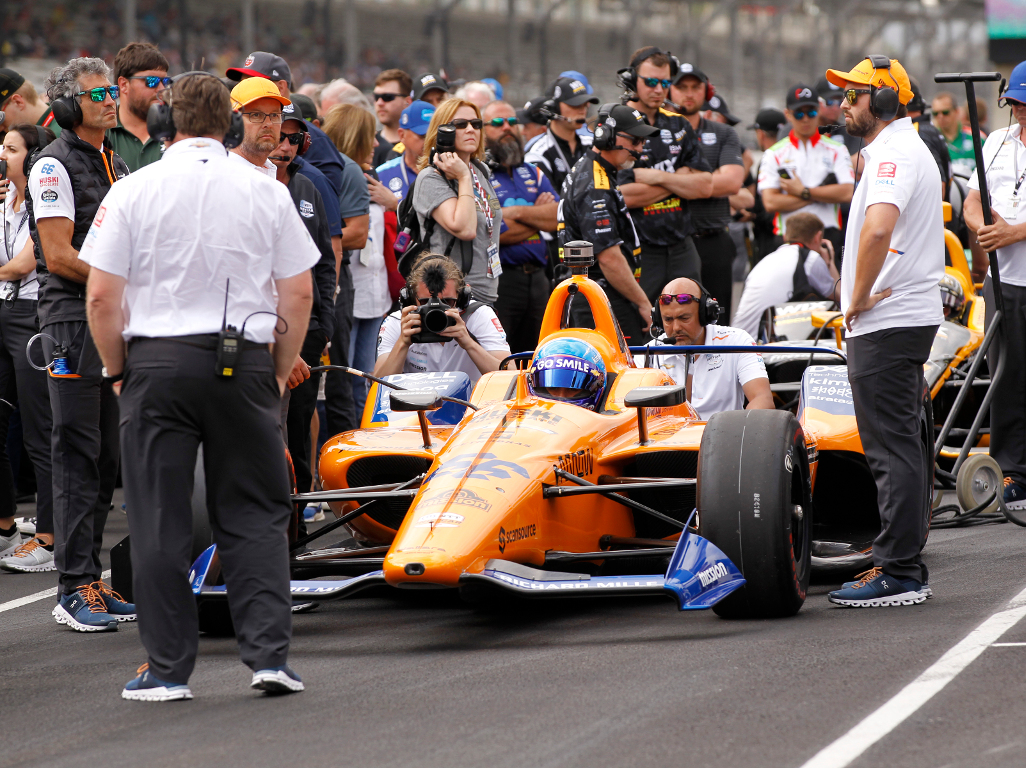 Although McLaren insist they are to blame for Fernando Alonso failing to qualify for this year’s Indy 500, Zak Brown hopes the Spaniard gives them another chance next season.

Alonso tried to enter this year’s Indianapolis 500 with McLaren with the team partnering with Chevrolet for a single-car entry.

Bad weather and electronic problems cost the Spaniard track time during testing while a crash in practice again put McLaren on the back foot.

The team lost a full day building a back-up car and, as such, when Alonso went to qualify on the Saturday, he was too slow.

That meant he took part in Sunday’s Bump Day but again lacked the pace needed to make the 33-car field.

Despite their troubles, Brown hopes the double F1 World Champion returns next year to the Indianapolis 500 – and does so with McLaren.

“He was disappointed as we all were,” the CEO told RaceFans.net. “We clearly let him down.

“He’s a racer, he understands Indianapolis is unique.

“He drove brilliantly, he gave it everything he got, he was great with the fans and the media and that’s exactly how he was internally.

“He just wanted to be competitive.

“I think he wants to go back to Indianapolis.

“I think it would be great if we did it together.”

Brown, though, has yet to enter talks with Alonso about a third attempt at the Indy 500, which he needs to secure motor racing’s Triple Crown.

“I know Fernando very well and I think one of the reasons we get along as well as we do is I understand how he operates.

“I think when you come off such a low like that you don’t want to have a microphone in your face 24 hours later when we don’t need to make decisions right now.

“We have a great relationship with Fernando. He’s had lots of highs and lows with us. Arguably probably more lows the last three or four seasons.

“He really enjoys McLaren, McLaren enjoys him, he sees what happened, he sees how close we got to making the show and the effort we put in.

“I think we’re all disappointed but it won’t change the relationship between Fernando and McLaren.”