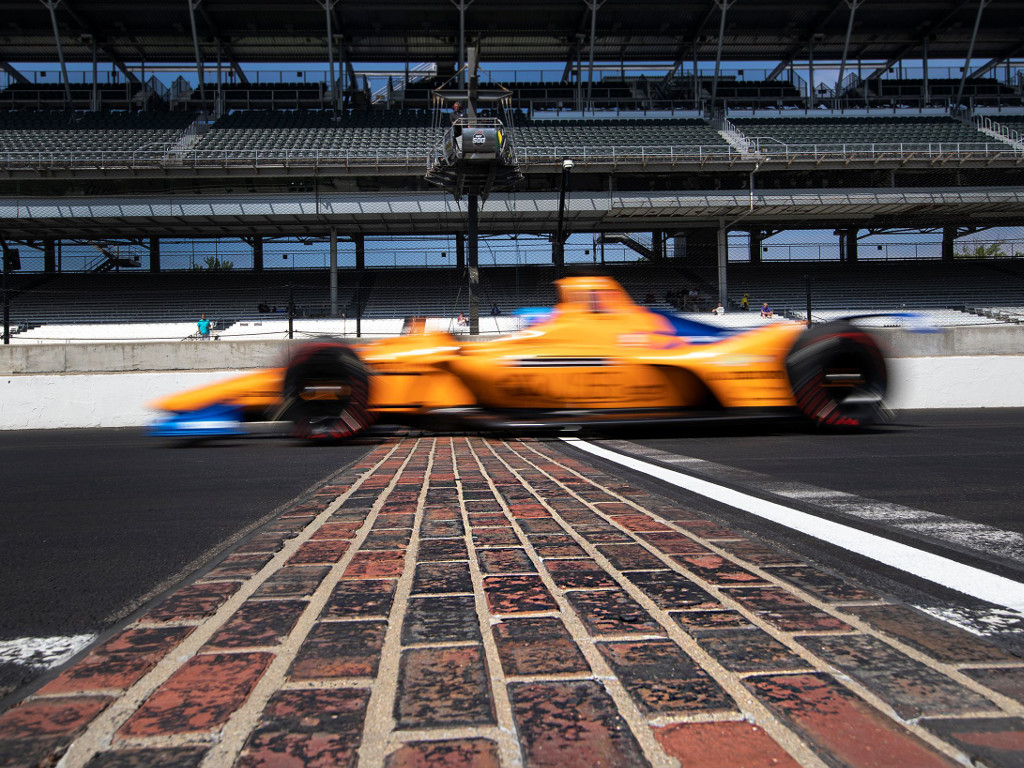 From an electrical issue in last month’s Indy test to the wrong colour chassis and finally a lack of pace in qualifying, Fernando Alonso’s Indy 500 bid was marred by mistakes.

Alonso had his first taste of the Indianapolis 500 in 2017 but was robbed of a shot at the win by a late Honda engine failure.

This year’s bid fell short in qualifying with McLaren CEO Zak Brown admitting they were not prepared.

While the 2017 bid was backed by Andretti, this time around it was Carlin who were involved with Brown saying it “was clear they weren’t capable of running three cars and serving us.”

That, though, is just part of the story as the American admits McLaren also let themselves down.

“I don’t think we came into this arrogant, I think we were unprepared,” Brown told the Associated Press. “We didn’t deserve to be in the race and it’s our own fault.

“It’s not like we showed up and gave our best. We defeated ourselves.”

While Sunday’s failure to make the qualifying field of 33 was the final straw, Brown says the problems were there from the start, as early as Alonso’s test at the Texas Motor Speedway back in April.

“We didn’t get out until midday, our steering wheel was not done on time, that’s just lack of preparation and project management organisational skills,” Brown said.

“That’s where this whole thing fell down, in the project management. Zak Brown should not be digging around for steering wheels.”

The McLaren CEO concedes giving more of his attention to Formula 1 instead of the Indianapolis 500 also meant the latter was compromised.

“I should have been closer to Indy but I could never compromise Formula One,” Brown said. “At 9:01 in the morning when we weren’t on track at the first test, that’s when we failed to qualify for the Indianapolis 500.

“We didn’t ring the fire alarm quick enough because we could have recovered after the first test.

“I am angry at myself because I was uncomfortable all the way up to the first test and I should have followed my instinct to get more involved.”

This, however, is unlikely to be McLaren’s last bid for an Indy 500 win.

Brown added: “I feel an obligation to the fans and sponsors, we let them down. We didn’t fulfill our promise and I think they need more than just an apology.

“There will be repercussions for those who don’t deserve to work for a great team like McLaren. We will look at what we learned here and the list is a mile long.

“I hope people appreciate that we go for it, we are racers, and Fernando is a star and we are not quitters. We want to come back.”