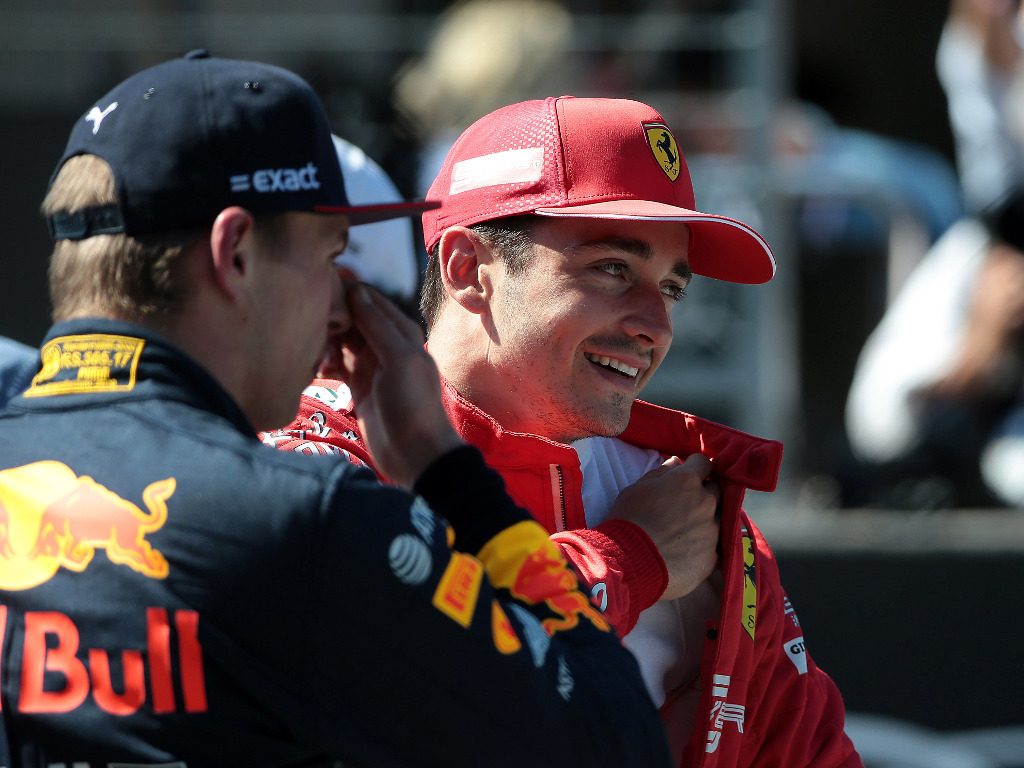 Martin Brundle thought that either Charles Leclerc or Max Verstappen would have joined Mercedes rather commit their futures to Ferrari and Red Bull respectively.

Two of Formula 1’s premier talents in Leclerc and Verstappen have decided to stay put with their current teams beyond 2020 as the sport heads into a new era with a major regulations overhaul.

Leclerc is signed up to Ferrari until at least the end of the 2024, while Verstappen has signed a three-year contract extension with Red Bull that runs until the end of 2023 season.

These recommitments have left Brundle a little surprised as he was expecting one of them to join the Silver Arrows.

“I really would have expected one of Verstappen or Leclerc to rock up at Mercedes.

“You’d have to look at it and think that Mercedes have got to be at least the equal-best car for another two or three years with the momentum they’ve got, so why hasn’t one of them signed up there?”

As for where this leaves Lewis Hamilton – his contract still set to expire after 2020 – Brundle thinks the six-time World Champion’s options have narrowed, but he can still dictate where his future ultimately lies.

“It leaves Lewis with reduced options, but he’s still holding a lot of aces,” he added.

“And it doesn’t prevent Lewis from going to either of those two teams at all, really.

“It possibly would at Red Bull, but it doesn’t stop the idea of a Hamilton-Leclerc line-up at Ferrari.

“But it has cut Lewis’ options down, if indeed he hasn’t already signed with Mercedes-Benz longer term. Maybe the music stopped before Christmas, they all sat down and there is some embedded news we haven’t heard yet.

“But these post-2020 deals have certainly happened earlier than I expected. I thought Max would see whether Red Bull could give him a championship-challenging car over the first few races of the year and then take a view.

“So something has crystalised that earlier, which again makes my mind wonder about what is going on elsewhere.”